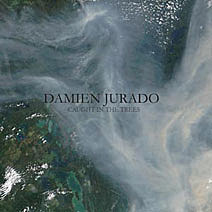 With JagJaguwar, JagJaguwar, Dead Oceans, Dead Oceans and David Vandervelde's only upcoming tour date after today all on the front page, I was inspired to also post this piece of Secretly Canadian news and that is a new album by Damien Jurado called "Caught in the Trees" (out September 9, 2008 on Secretly Canadian) and a related tour which has him at Mercury Lounge on September 30th and Union Hall one day later. Both NYC shows are with Miles Benjamin Anthony Robinson (add them to the list). All dates below...