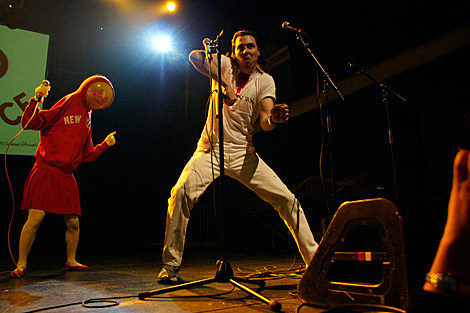 If you missed Andrew W.K.'s DAMN! The Mixtape release party at Santos on May 28th, don't worry. You'll have another chance to catch W.K. and his Skyscraper Music Maker friends at the club's first Adult Swim Presents Summer at Santos Series show on Thursday, June 11th.

The lineup for that free gig includes Andrew W.K. and special guests, plus opening sets by Cherie Lily, Aleister X, Bad Brilliance and Natalie Portman's Shaved Head. Video clips of what exactly went down on the 28th are posted below.

Cherie Lily, Aleister X, Bad Brilliance and that crew are all featured prominently on DAMN! The Mixtape -- a comp produced by Andrew WK and B-Roc of The Knocks. Check out three tracks from that album, above. Those include Bad Brilliance's Girl Talk & Andrew W.K. remixes together as one MP3. And speaking of Girl Talk, he has some shows of his own coming up this summer.

As previously discussed, Andrew W.K. has a bunch of projects debuting soon: a solo piano improv album coming in the fall, a Canadian tour in June with Nardwuar (who recently interviewed Vivian Girls) and his own Cartoon Network show called Destroy Build Destroy.

Well, he also contributed to the most recent Current 93 album, and at a July 7th Santos show...

Andrew will perform several pieces from his voice performance contribution to The Journal of Popular Noise. This will be Andrew's first ever performance of this type, and a special night of new sounds and styles. Featuring TV BABY, Walker & Cantrell, Jayson Green and DJ TK.

Tickets for that gig are on sale now.

Flyers for the Santos and Cake Shop shows, with Bad Brilliance vids and live clips from the DAMN! The Mixtape release party, below... 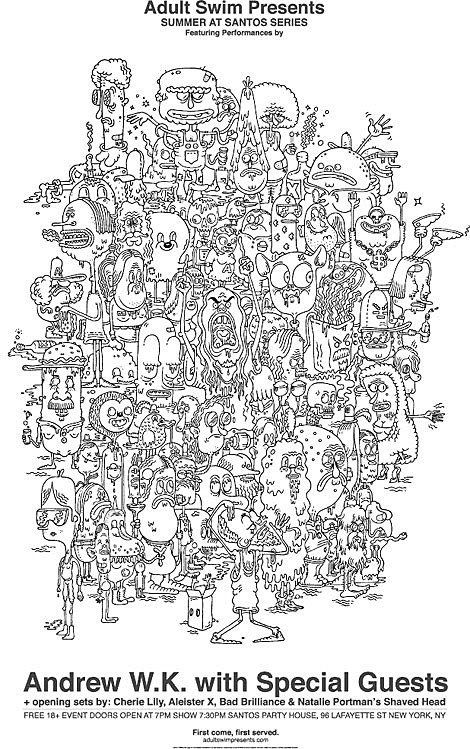 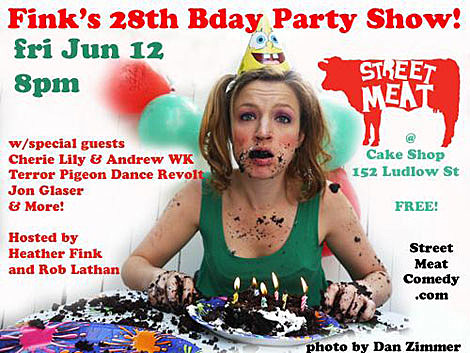