Support for the American Nightmare shows (via) 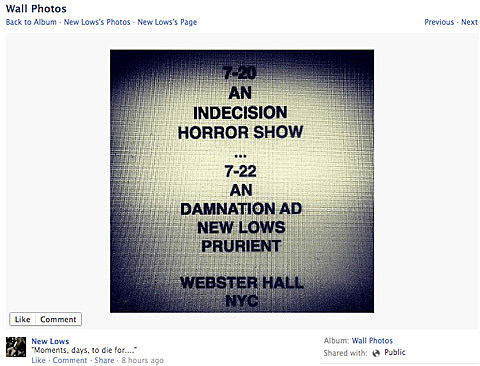 New Lows have posted the lineups for the pair of Webster Hall dates for the American Nightmare/Give Up The Ghost reunion. As pictured above, the sold-out 7/22 show will feature support from Damnation AD (who last played NYC with Unbroken), New Lows and Prurient (who will also play Saint Vitus the night before) while the 7/20 show will feature support from Indecision and Horror Show. Tickets for the latter are still available.

American Nightmare/GUTG recently added a show at FYF Fest in LA alongside Quicksand and many notable others.