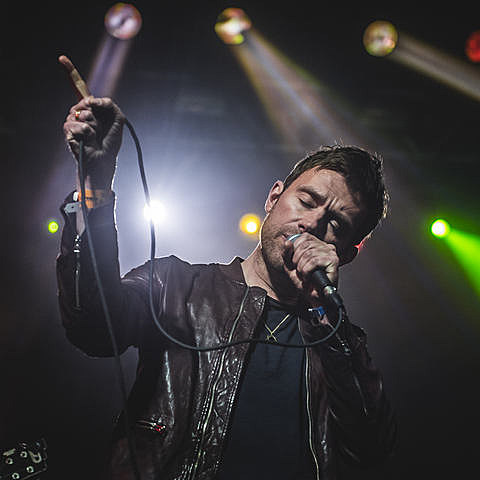 We mentioned earlier today that Damon Albarn would be playing Irving Plaza on June 8, one of the official Governors Ball afterparties. He's playing Governors Ball proper, too, and doing a string of dates between that fest and Bonnaroo. All dates are listed below.

Album's solo debut, Everyday Robots, comes out this week (4/29) and features appearances by Brian Eno and Bat for Lashes' Natasha Khan. It's by far the most sedate, wistful record of his career though. If you're familiar with songs like Blur's "Tender," Gorillaz's "Broken" or The Good The Bad & the Queen's "The Bunting Song," you mostly know what to expect. You can still listen to the album for free via iTunes and a few track streams, videos (including the new one for "Heavy Seas of Love") and a "track by track" commentary from Albarn, are below.

In other news, Albarn happened by London's Red Lion pub last week (4/23) and joined the house band for a rendition of Blur's Britpop classic "Parklife." Video of that is below too.