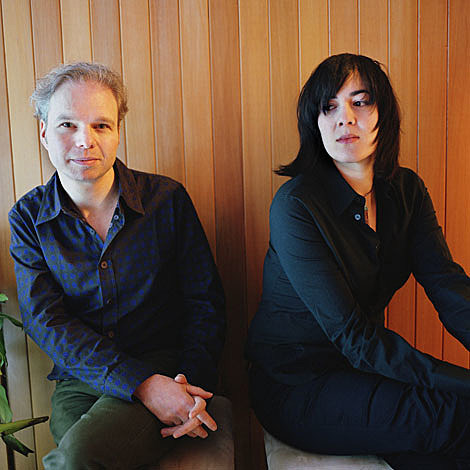 Damon & Naomi (the other Galaxie 500-related couple-duo) will be at 92Y Tribeca on Saturday, January 30th for the first-ever movie theater screening of their 2009 career-spanning DVD Damon & Naomi: 1001 Nights. After the film, the pair will do a Q&A with Harvard Film Archive director Haden Guest. Following that is a concert, with Damon & Naomi accompanied by guitarist Michio Kurihara (from Ghost). Sharon Van Etten opens the music portion. Tickets to the film and music are on sale, as are music-only tickets. We also have a pair of movie+music tickets to give away. Details are below.

A similar movie & music event will be at Boston/Cambridge's Brattle Theatre the next night (1/31).

A live performance from the DVD and contest details are below...

Damon & Naomi - Song to the Siren

TO ENTER FOR A PAIR OF TICKETS TO Damon & Naomi @ 92YTribeca on January 30th, e-mail "bvcontests@hotmail.com" with the subject line "1001 Nights". Include your first and last name. One winner will be picked at random.