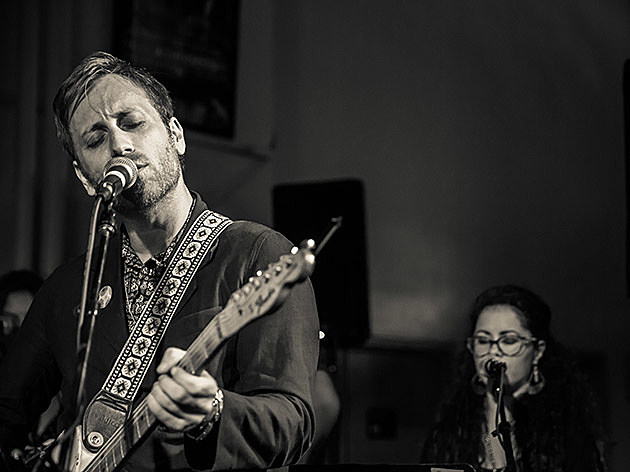 Black Keys frontman Dan Auerbach also fronts the newer band The Arcs (which includes Richard Swift and more), who have just announced more tour dates. Their upcoming schedule already included NYC's Bowery Ballroom on 9/26 (sold out), and now they have dates through late December including a much bigger NYC show on December 9 at Terminal 5. Tickets for T5 go on sale Friday (9/25) at noon with Ticketmaster and AmEx presales starting Wednesday (9/23) at 10 AM and noon, respectively. All dates are listed below.

Though the Bowery show is sold out, if you weren't able to get tickets you can still stream it live on Yahoo. The stream begins at 10:15 PM EST. They recently made their live debut at Housing Works in NYC (check out pictures) and an archived video of that is now up on NPR.

The band's debut album Yours, Dreamily is out now on Nonesuch, and they'll make their TV debut on The Late Show with Stephen Colbert this Friday. All dates and a video from the album, below.