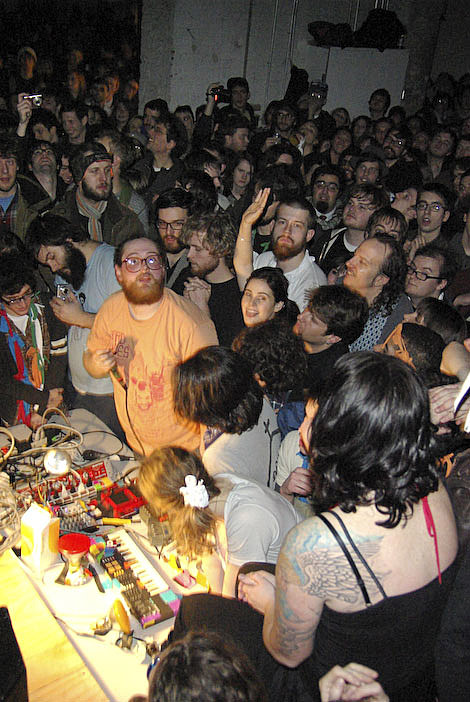 Dan Deacon is touring in support of Bromst, which came out March 24th on Carpark. Dan and band return to NYC for two mid-May shows, a "Venue TBA" Todd P show on Friday, May 15th and a sold-out Bowery Ballroom show on Saturday, May 16th.

All tour dates, and a Pitchfork TV 'in the studio' video below...