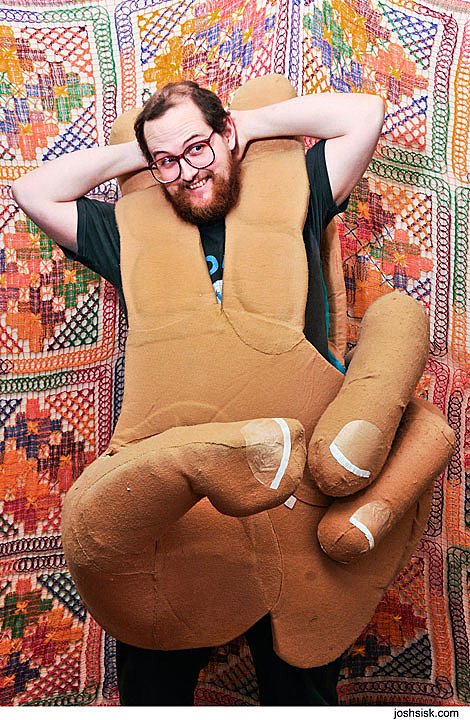 "The art made by Baltimore artist Dan Deacon is about community and how to organize and inspire it. From founding a now well-known art collective (Wham City), to organizing and running an annually sold-out DIY music festival (Whartscape), to conceiving, planning and curating a massive 60 person/30 band tour (Baltimore Round Robin Tour), it's clear to see that community and bringing people together is the major theme of his work. Bromst is the embodiment of that way of thinking.

For the last three years Dan Deacon has been working on Bromst. Fusing together the growing intensity of his live performances with his background in electro-acoustic composition, the outcome is a collection of pieces that are intense and epic and at the same time down to earth and welcoming. Bromst embodies the same energy and excitement as Spiderman of the Rings, however the craftsmanship and composition on Bromst have a wider scope and richer palette.

Unlike the completely electronic Spiderman of the Rings, the instrumentation on Bromst is a mixture of acoustic instruments, mechanical instruments, samples and electronics. The player piano, marimba, glockenspiel, vibraphone, live drums, winds and brass give Bromst a much richer tone than his previous work. The intricate and complex parts, skillfully executed by the performers, are woven together into a rich, dense, noisy dance pop that has become Dan Deacon's signature sound." [PR]

Dan Deacon plays a $3.00 show in Brooklyn on January 30th and the "Brooklyn vs. Baltimore Marathon" now also has Woods and Blank Dogs on the bill (previously their spots were marked "special guest"). The location is still "tentatively" Danbro Warehouse The 1896.

Dan Deacon will also play Bowery Ballroom in Manhattan on May 16th with Double Dagger and Teeth Mountain. The date is presumably part of a bigger tour that is still TBA. Tickets for the NYC show go on sale Friday at noon.

Bromst will be released on March 24, 2009 by Carpak Records. Listen to the track "Get Older" at Imeem. Full tracklist below.

Even sooner (Jan 27 via Carpark), you can get your hands on a Dan Deacon / Adventure split 7". The cover of that one is a composite image of Dan Deacon and Benny Adventure. It's got 4 tracks. They are listed below.

Dan also appears on a new Free Yr Radio benefit compilation that is exclusive to Insound. Other bands on the album include !!!, Chairlift, Yeasayer, White Williams, No Age, Mudhoney, King Khan, The Secret Machines, The Walkmen, Tokyo Police Club and Jamie Lidell. Exact songs are also listed below.

Last but not least, Dan is/was looking for interns who can transcribe sheet music...

I'm preparing the scores for 15 of my compositions that are being printed in early March. I'm already insanely busy so I'm seeking 2 or 3 interns to help me with the process. It pays $15 an hour and should be around 20 hours total. I need people to help clean up the MIDI files and transcribe parts from the program Reason and bring them into the program Sibelius.

UPDATE: All known tour dates HERE (including a second one at Danbro).

Some dates, tracklists and cover art, below... 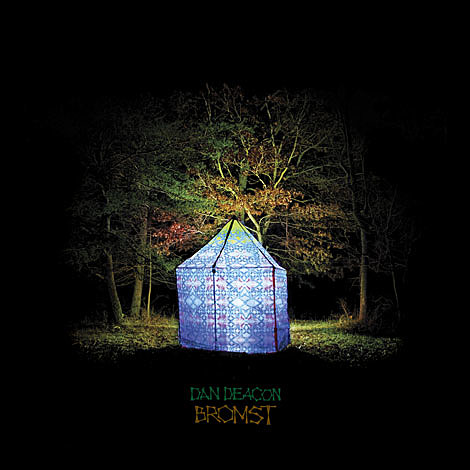 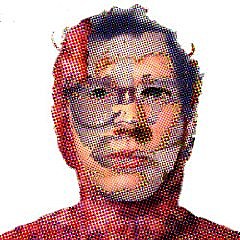