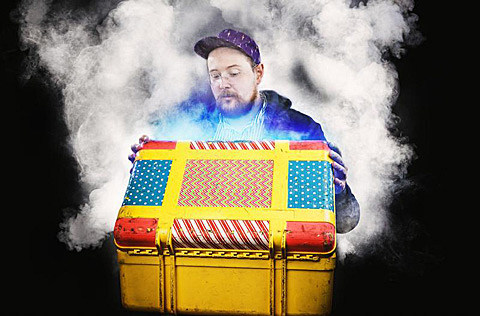 Dan Deacon said his new album would be out in February and he's now announced all the details. It's called Gliss Riffer and will be released February 24 via Domino. He produced the album himself and you can check out the video for first single, "Feel the Lightning," below. It's a little less hyperactive than you may be used to from Dan, but the video, directed by Andrew Jeffrey Wright, definitely keeps things weird -- part Adult Swim, part Willy Wonka, and part New Order's "True Faith" video. Watch it below.

Pre-orders of the LP get colored vinyl and an inflatable Gliss Riffer hand much like the one on the LP's cover art which you can check out, with the tracklist, below. As mentioned Dan will celebrate the release of Gliss Riffer in NYC at Rough Trade on February 25 with openers Eaters. Tickets for that show go on sale at noon today (12/11). He's announced a few more dates since we last posted and all those are listed below. 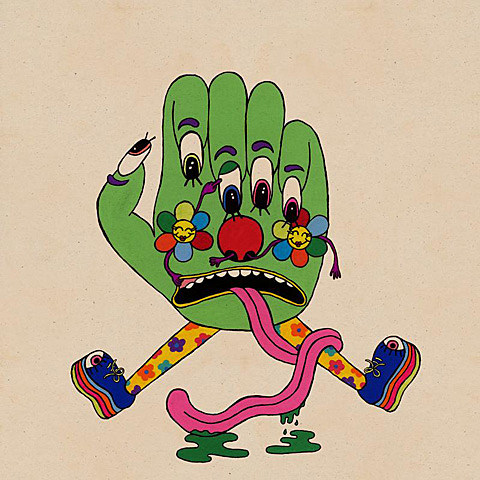 Dan Deacon - Gliss Riffer tracklist:
1. Feel the Lightning
2. Sheathed Wings
3. When I Was Done Dying
4. Meme Generator
5. Mind On Fire
6. Learning to Relax
7. Take it to the Max
8. Steely Blues