On the one hand, it wouldn't have been a Dan Deacon show if he hadn't played on the ground - with the people - with HIS people. On the other hand, maybe Dan was being a little unfair by repeatedly calling everyone hanging out around the perimeter of the pool "the Flickr Zone". I mean, the show was awesome - short, but awesome, BUT, it wasn't that awesome for those who really couldn't get close enough to Dan to know what was going on - especially if they didn't know what to expect, but whatever... 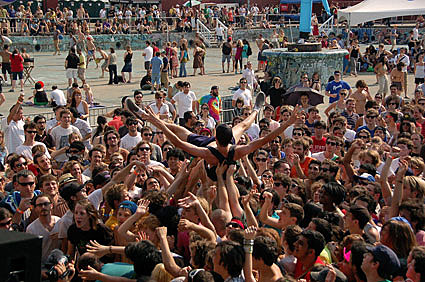 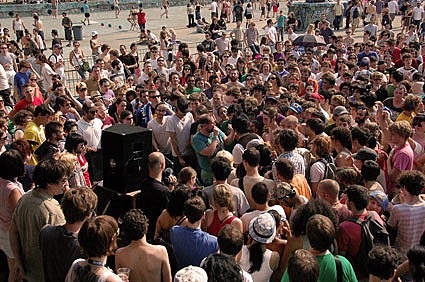 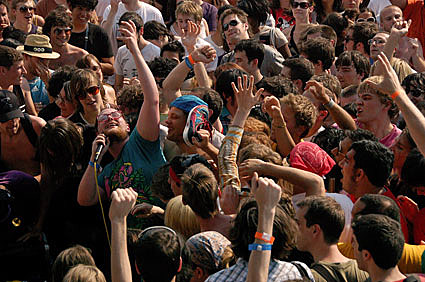 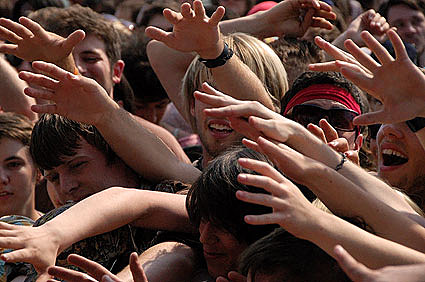 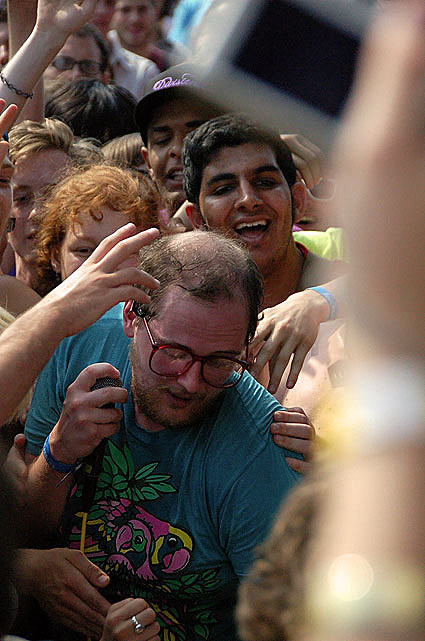 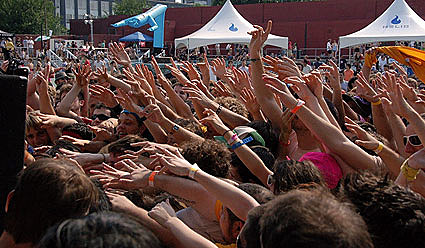 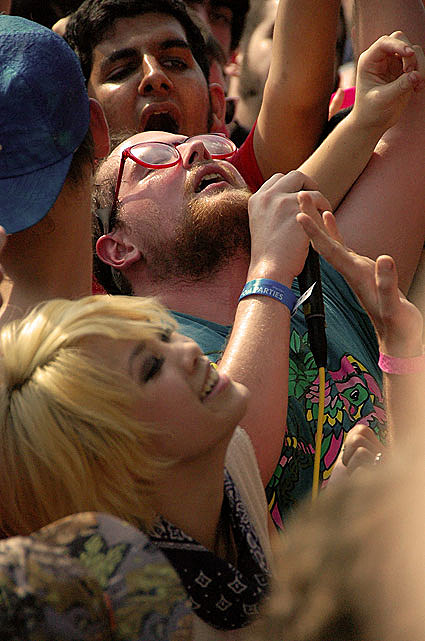 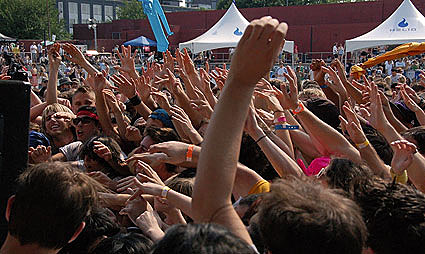 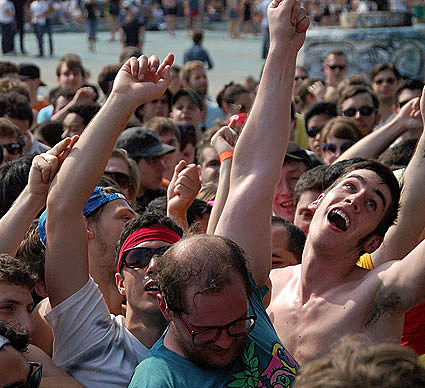 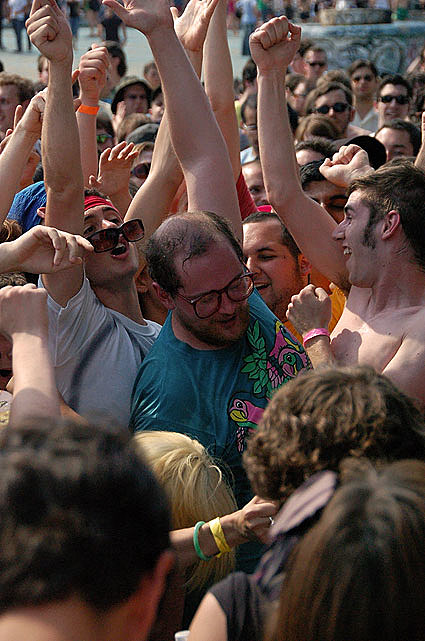 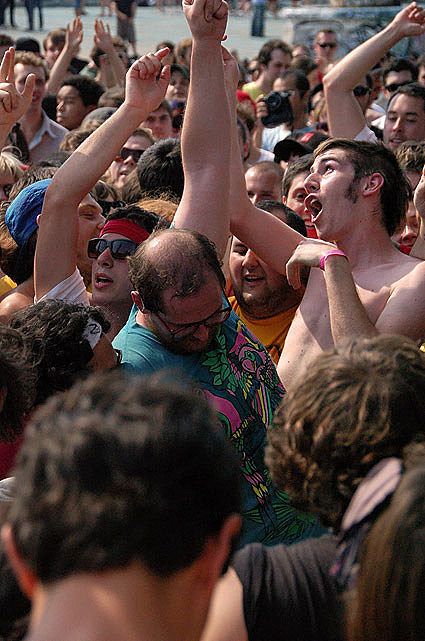 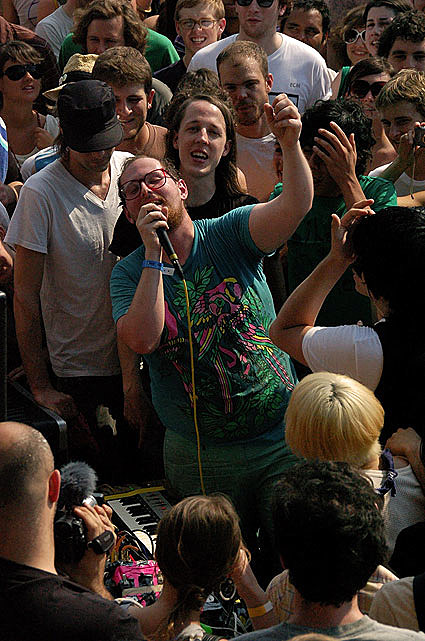 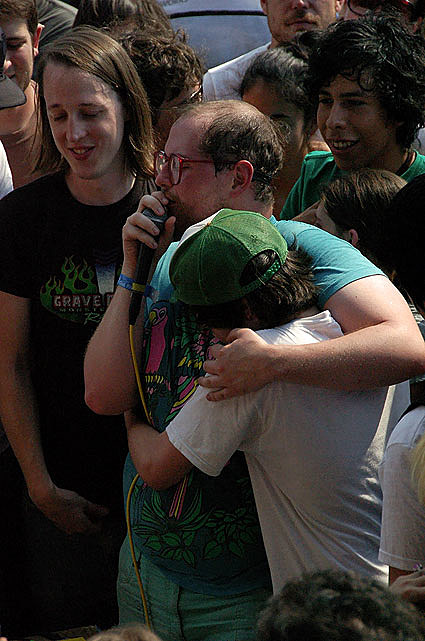 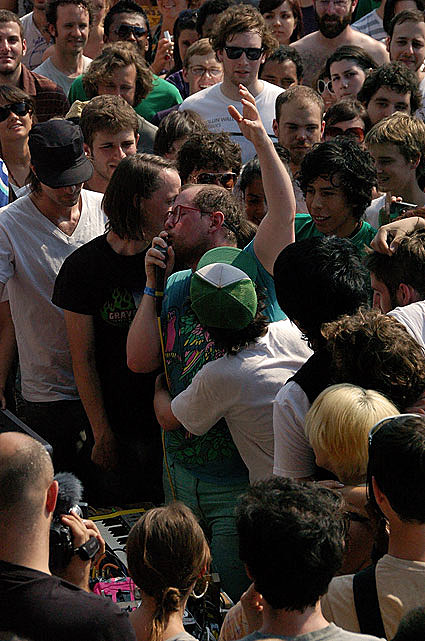 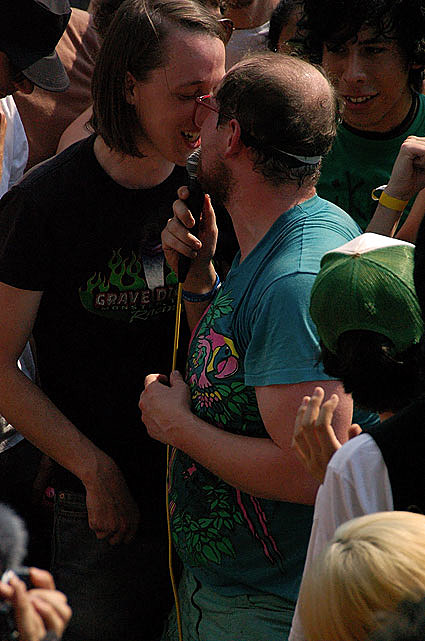 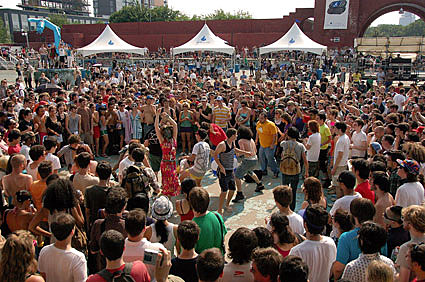 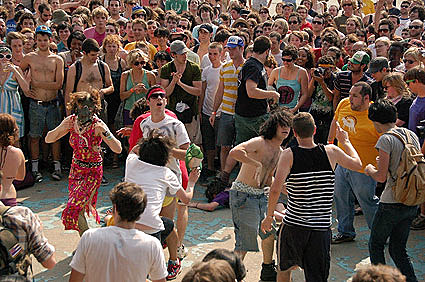 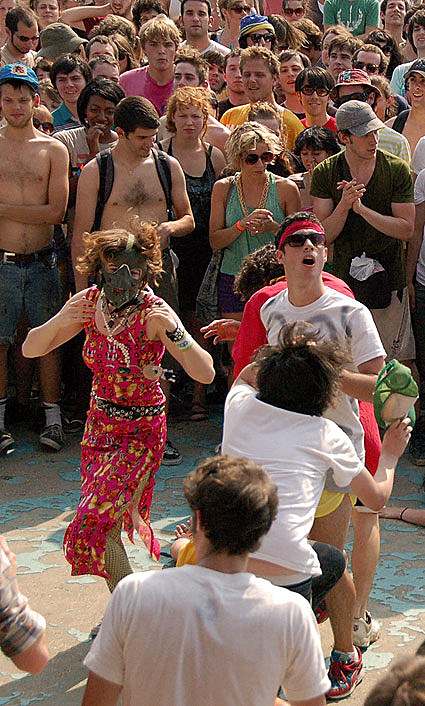 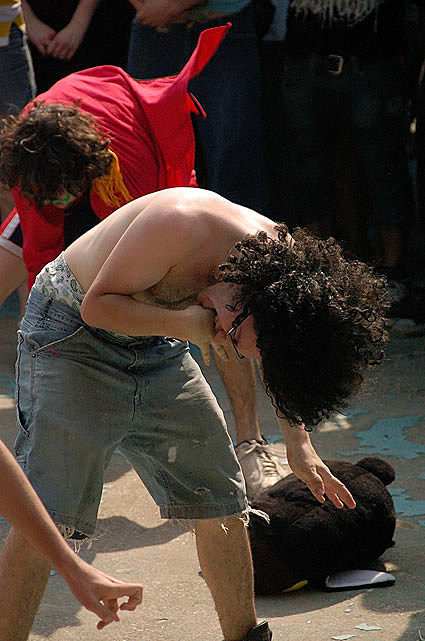 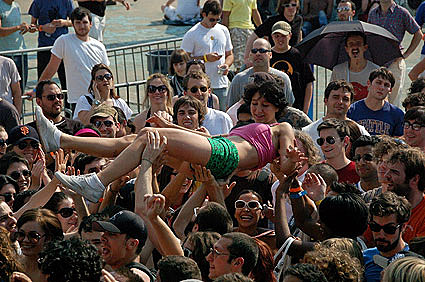 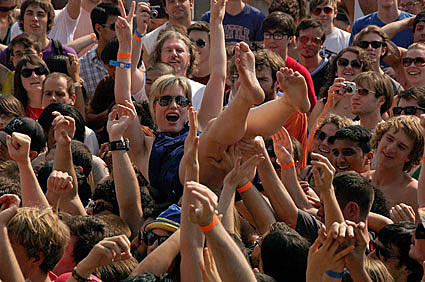 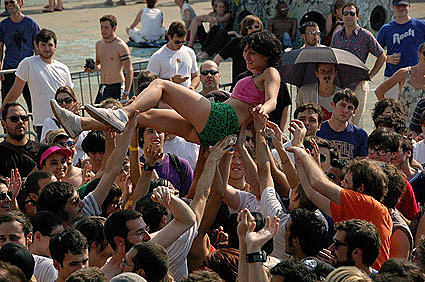 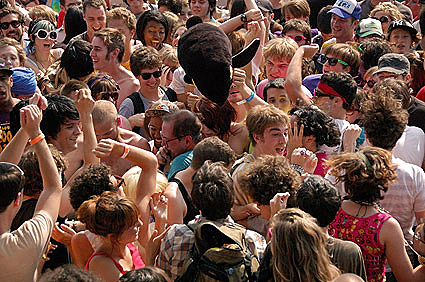 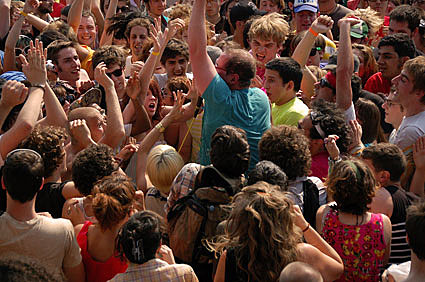 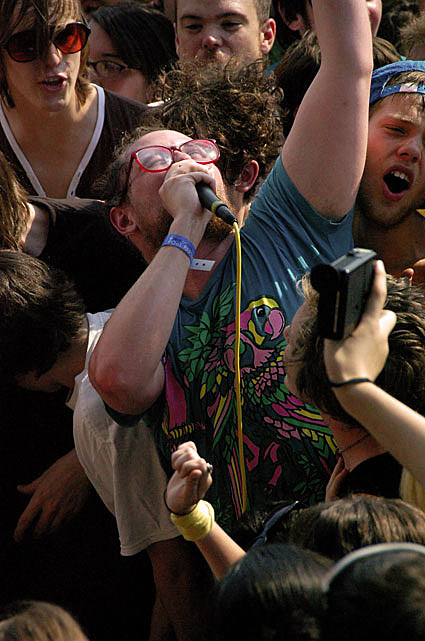 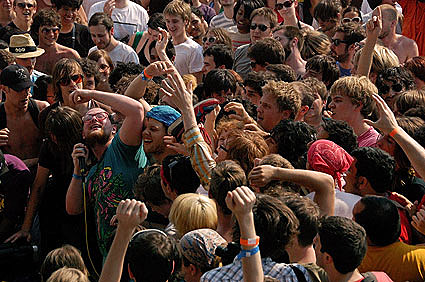 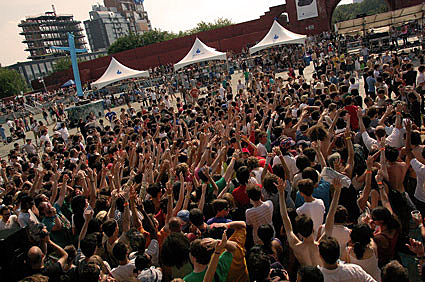 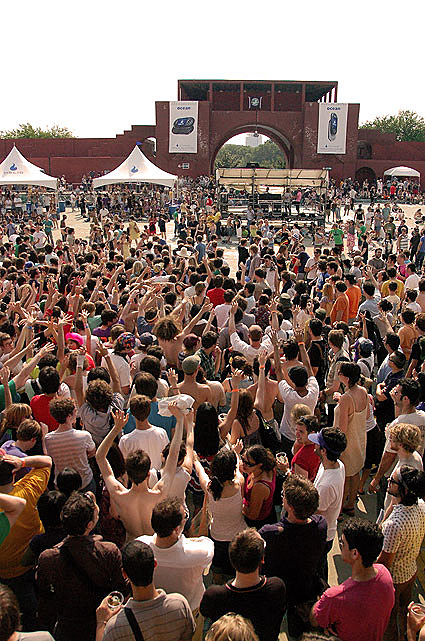 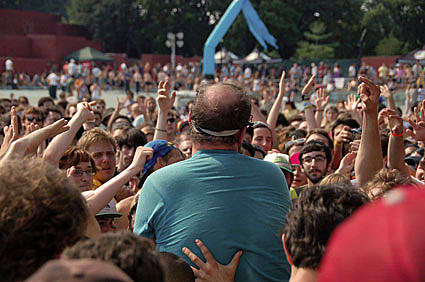 Later that night Dan played Death by Audio - also with OCDJ who played right before Dan at McCarren, and who I unfortunately missed, but will catch at Citysol.

Dan is going on tour with Girl Talk. Even more Dan Deacon HERE.