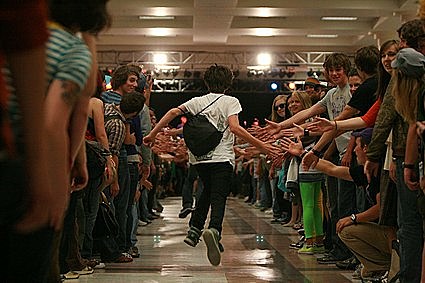 Dan Deacon: The tour I do in 2009 for "Bromst" [Forthcoming album] will be a large scale production with a full ensemble and a large visual aspect to it. Now that the show has grown in size and I'm playing facilities that have really nice PA systems, lighting rigs and lots of open space it's fun to experiment with those aspects. It's still fun to play a house show or a warehouse, but it's also a lot of fun to have technology at my disposal and also to do performances in large, open rooms. That's more of the direction I want to go in. Fancy, ritzy-ditsy places, but still push it to the limits. [Variety]

Tickets are still on sale for the 2008 'round robin' shows Dan and friends are playing at (le) poisson rouge and elsewhere. More pictures from the 2008 show Dan played this past Labor Day at the Bumbershoot Festival, below... 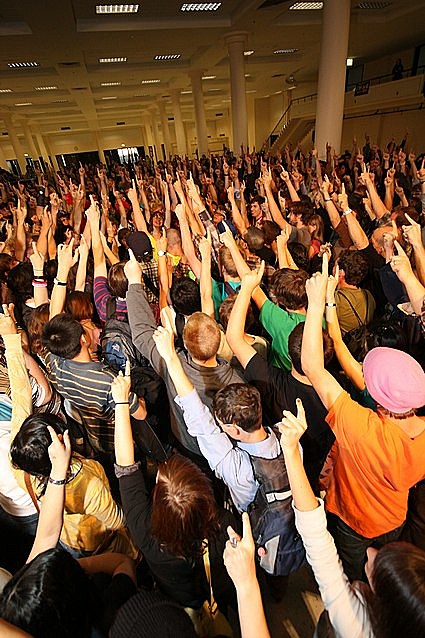 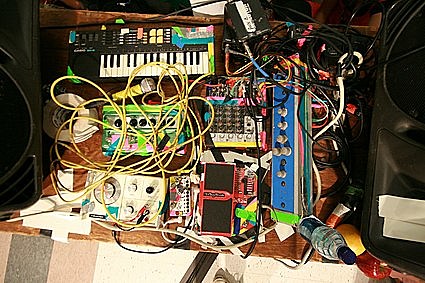 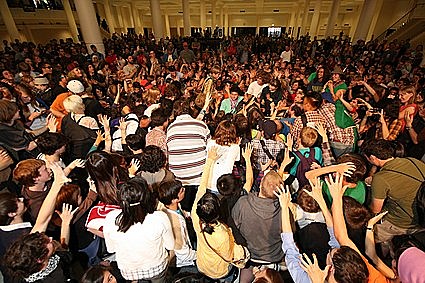 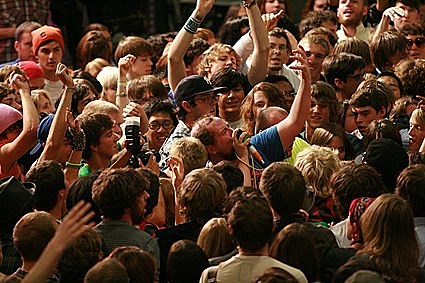 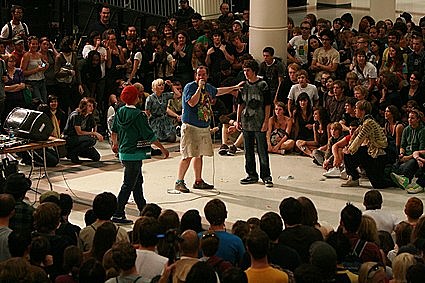 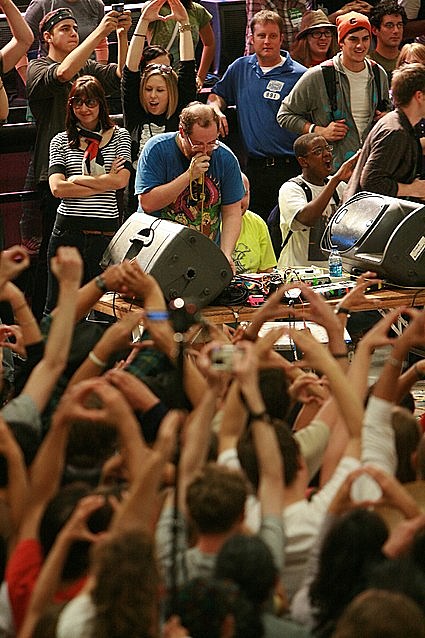 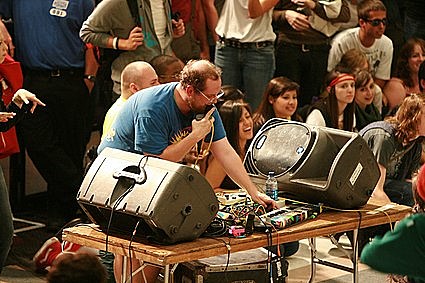 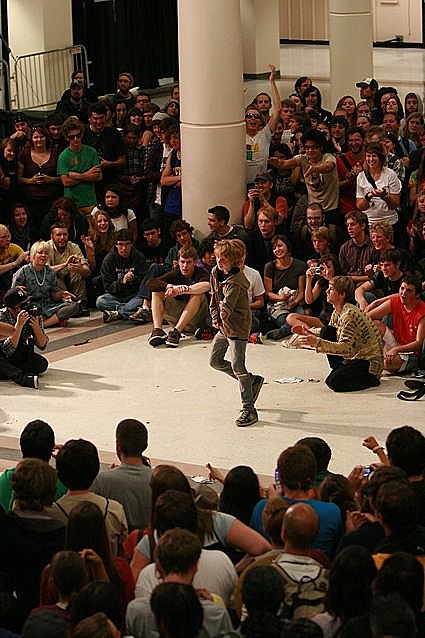 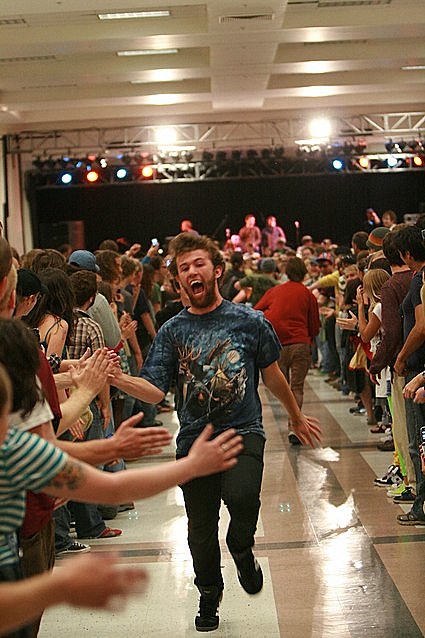 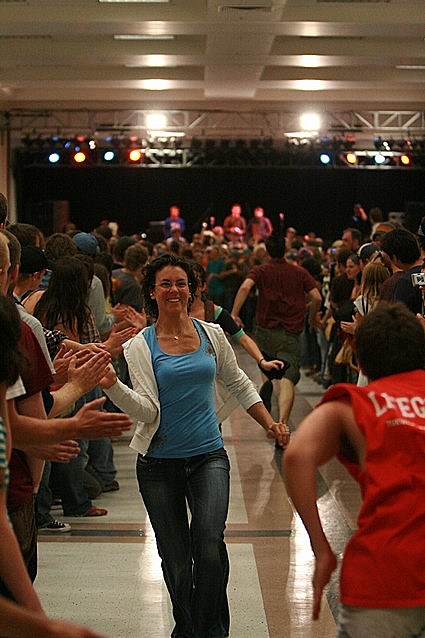 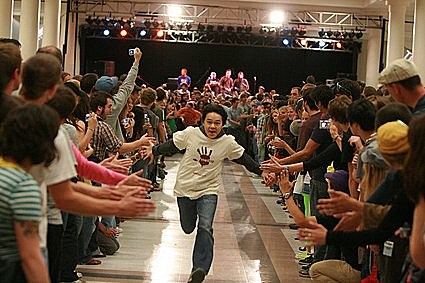 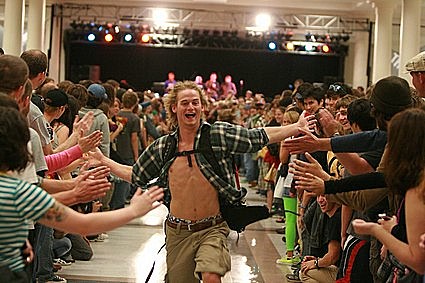 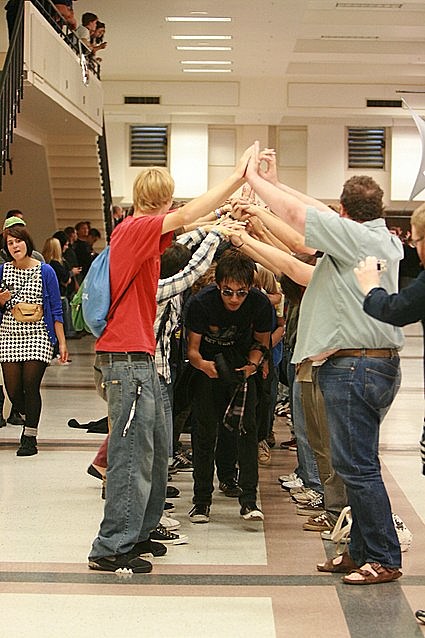 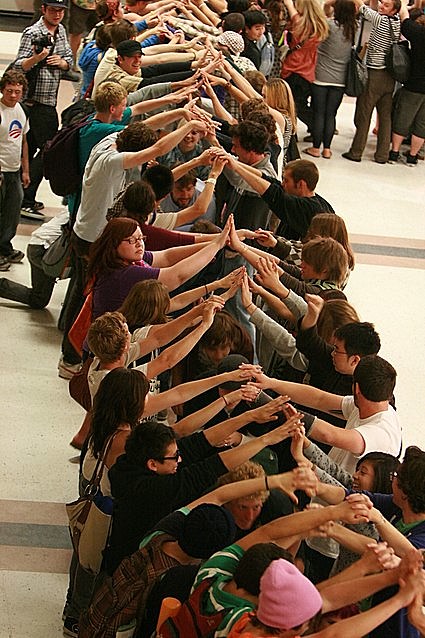 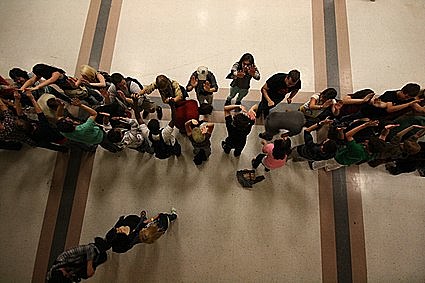 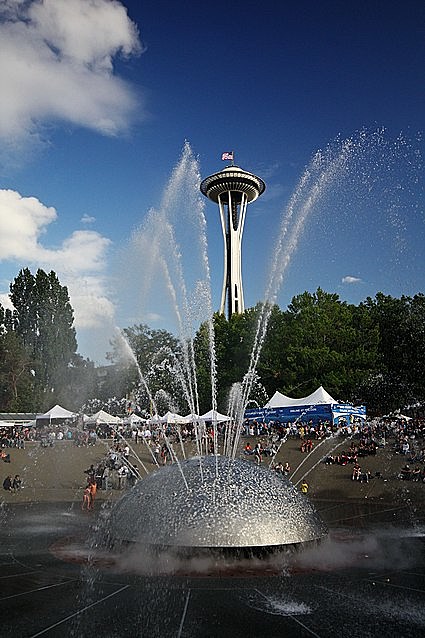 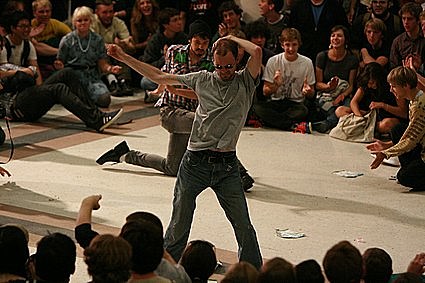 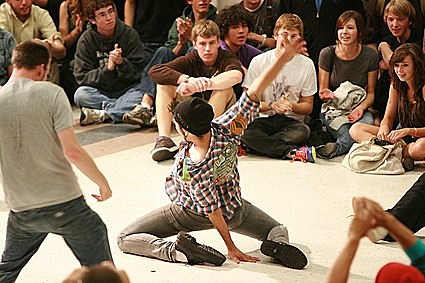 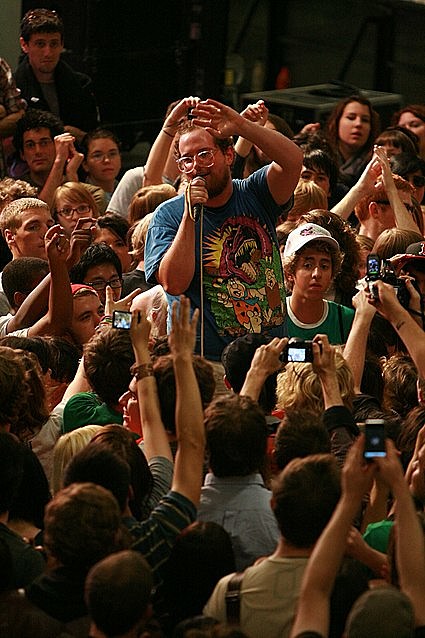 * according to this, Dan is only playing every other Round Robin show - there are two in each town.