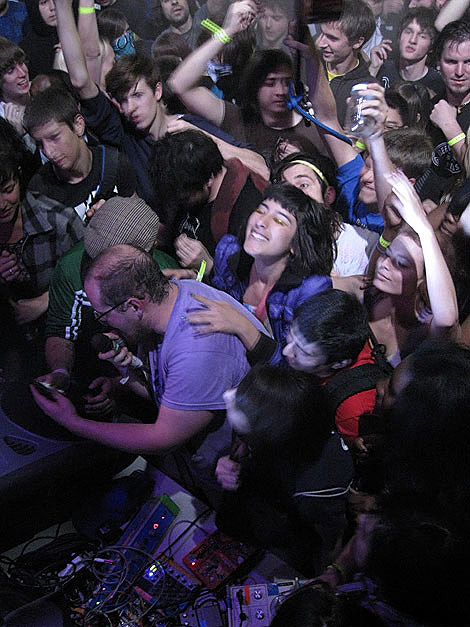 On December 11th at the Brooklyn Masonic Temple, Dan Deacon will unveil his new live set, which features a 15 piece live ensemble performing material from his forthcoming album, Bromst, which will be released on Carpark on March 24, 2009. Deacon plans to tour with an ensemble in 2009 in support of the new record. In addition to the songs with the ensemble, Deacon will still perform a few songs solo and there will be a few other surprises at this show as well. The evening will also feature sets from the always incredible Dirty Projectors and So Percussion.

Coincedentally, four members of So Percussion are also in the ensemble which also includes members of Ponytail and the dude Adventure.

Sometimes BV-writer Andrew Frisicano saw So Percussion at Glasslands during CMJ. He said, "Headliner, So Percussion, a group that doubles as the rhythm section for Signal (who performed Steve Reich's 'Music for 18 Musicians' Sept 13 and 14 at LPR) played a set of engaging, adventurous percussion pieces. The band changed instruments with each song, showcasing a number of intriguingly applied timbres. Its opening tune was comprised of mostly metallic sounds (paint cans, metal scraps); other pieces included a snare and live-radio composition and Reich piece 'Drumming,' performed with sticks on bongos."

I took the pictures in this post at Fun Fun Fun Fest in Austin in November. A couple more of those, a list of who is in Dan's ensemble, and all tour dates, below... 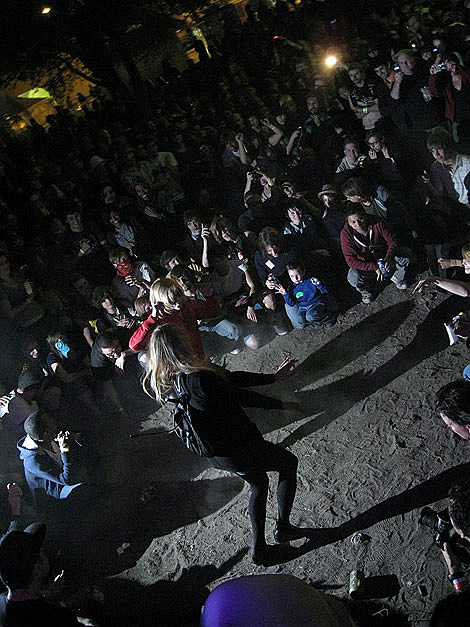 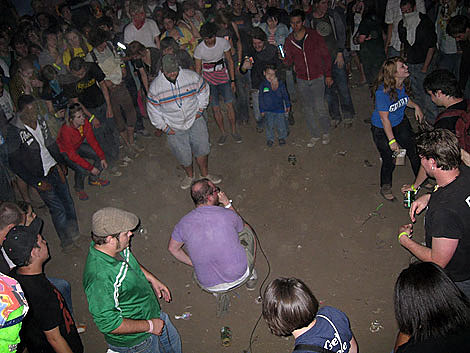 Dan Deacon's live ensemble is made up of these musicians: