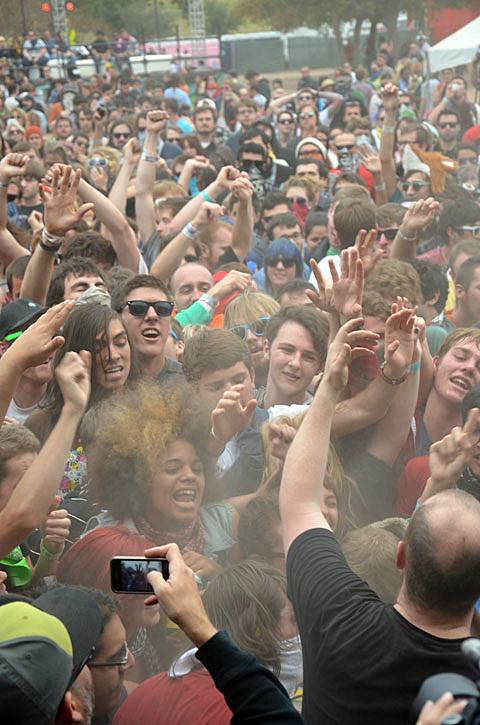 Dan Deacon, now signed to Domino (!) for a record due in 2012 (more details TBA), has still got it. Earlier this month, as you can see in the pictures here, I witnessed him play to a giant crowd of rabid fans at Fun Fun Fun Fest. As usual he played from the ground instead of the stage, and luckily with the help of a security guard to shield his equipment from the wild, swaying mass. More pictures are below.

Later that same day, Dan performed again, but on a stage (the Yellow Stage to be exact) as part of the Wham City Comedy Tour that has now arrived in NYC for a show at 285 Kent tonight...

Dan will be back in NYC again in March to play a fancy show with the NOW Ensemble & the Calder Quartet as part of the recently-announced Ecstatic Music Festival. He also has lots of other dates scheduled which are listed below.

Last but not least, Dan is one of a few artists who have contributed tracks to a free holiday album that Carpark is releasing on 12/6. The full tracklist and more details on that are also below... 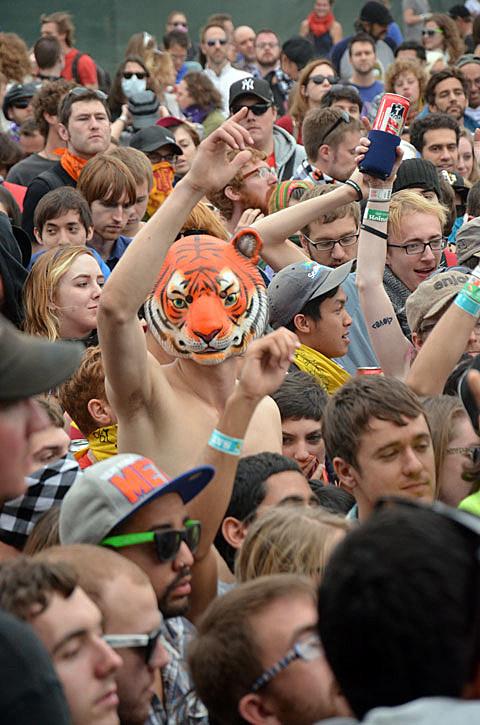 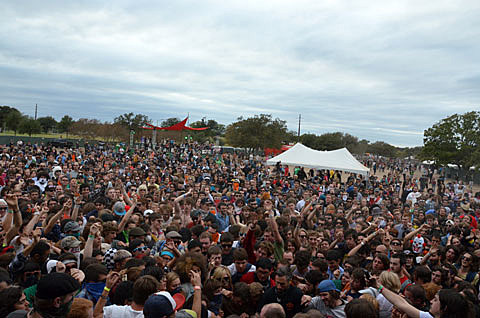 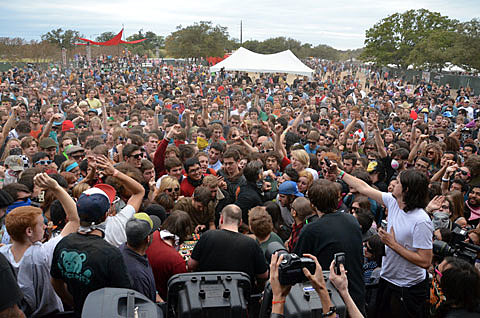 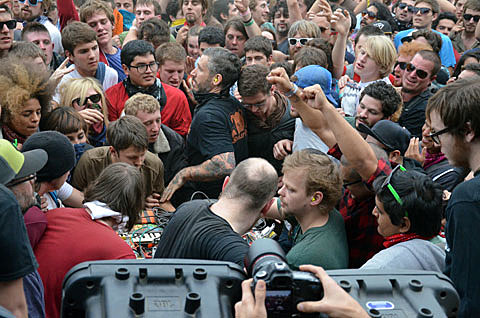 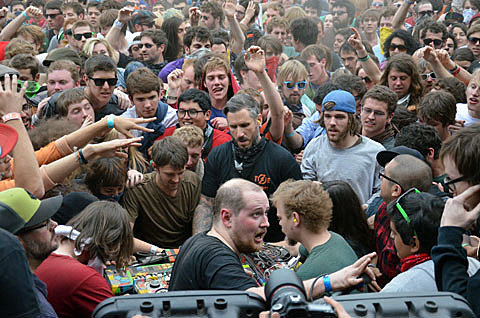 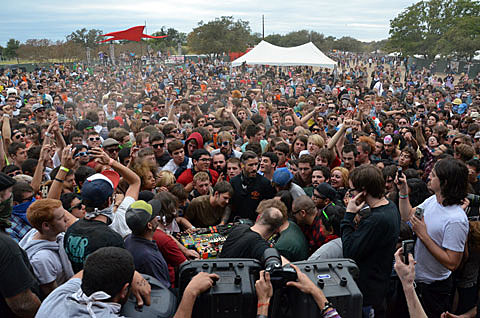 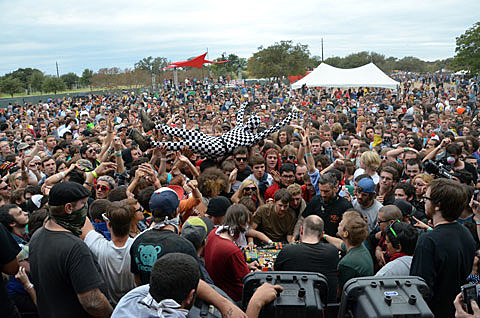 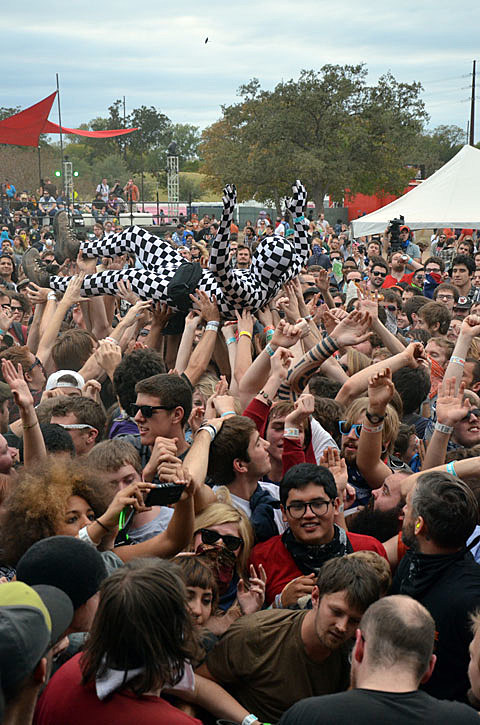 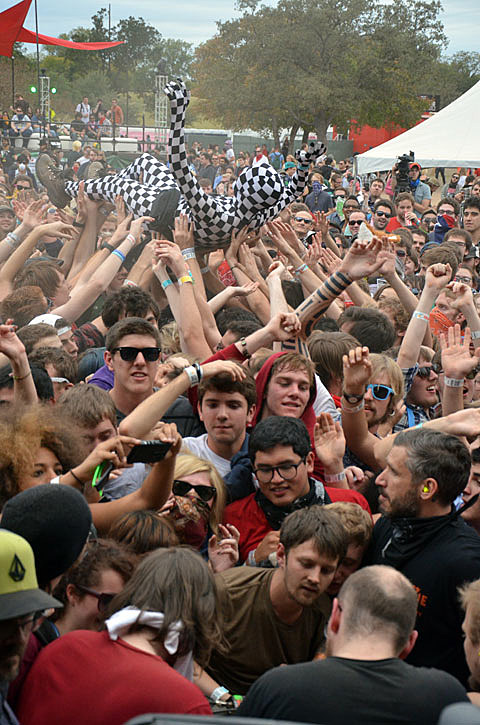 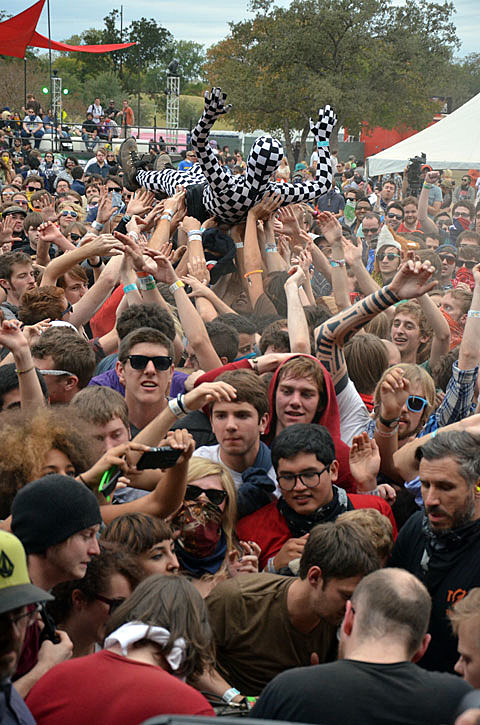 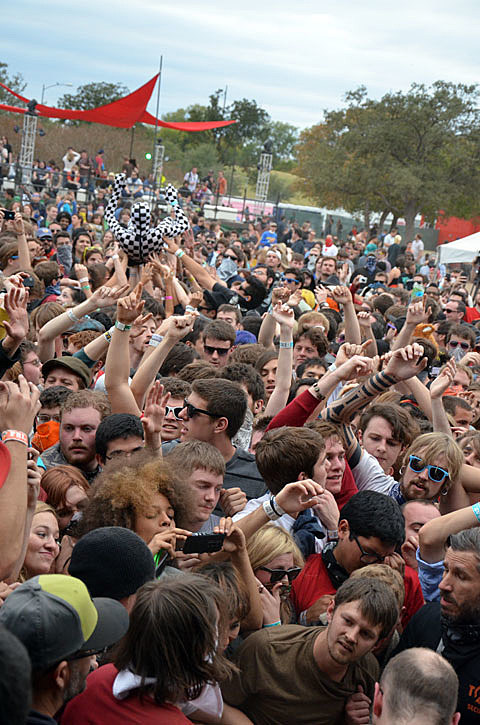 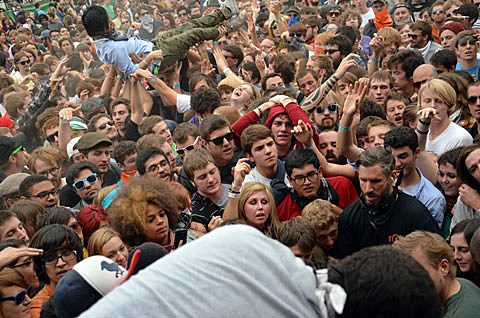 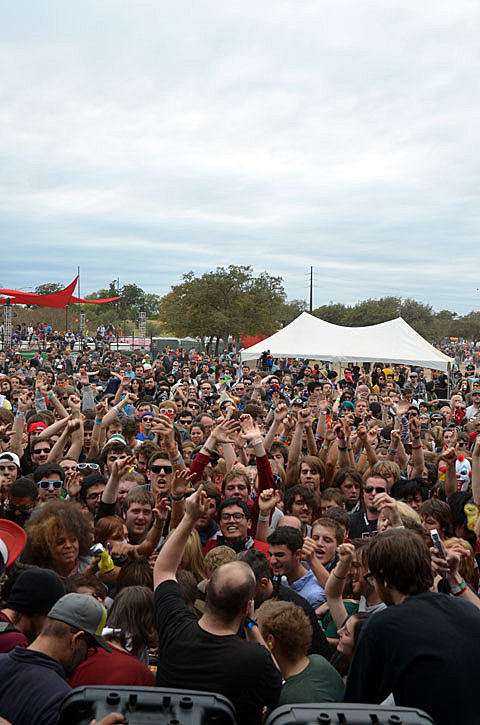 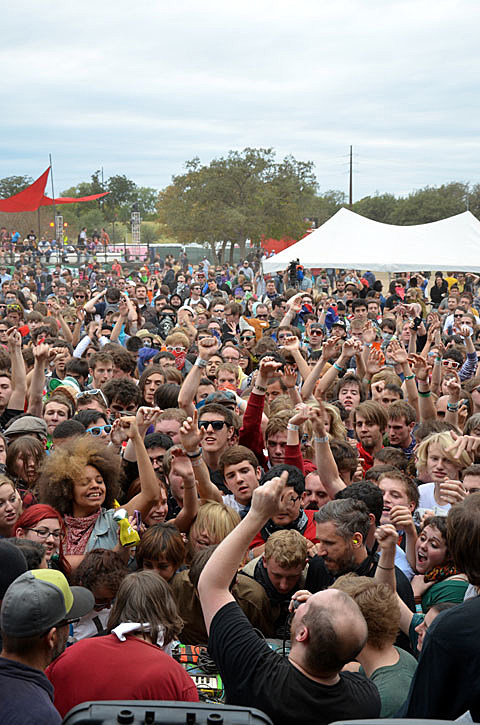 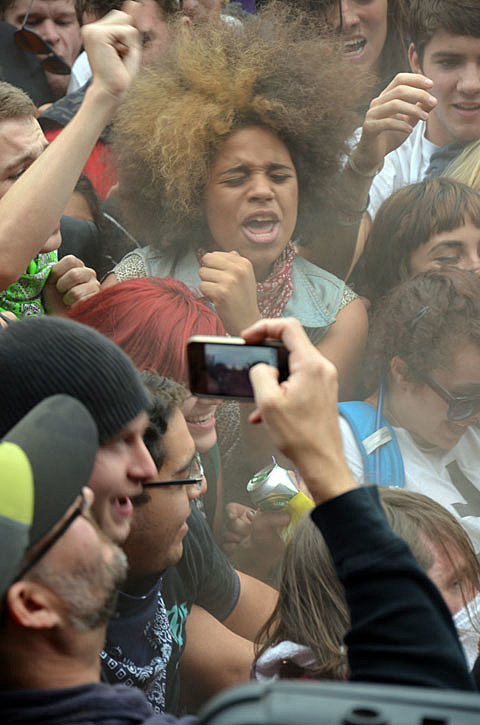 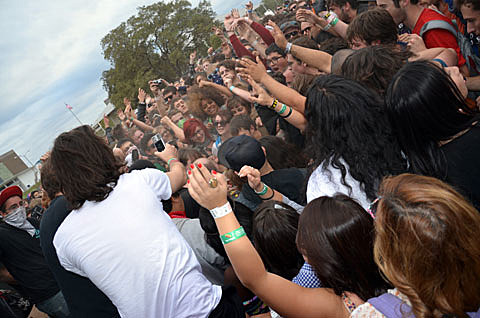 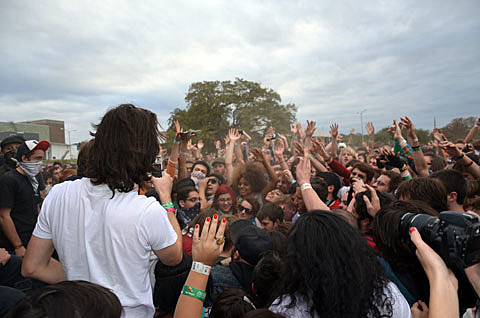 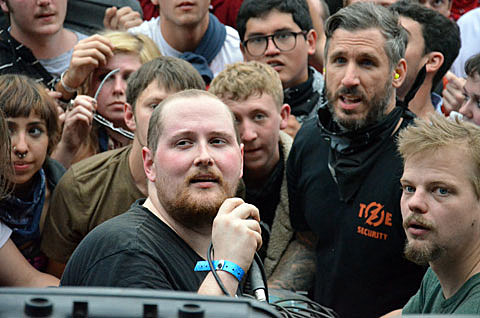 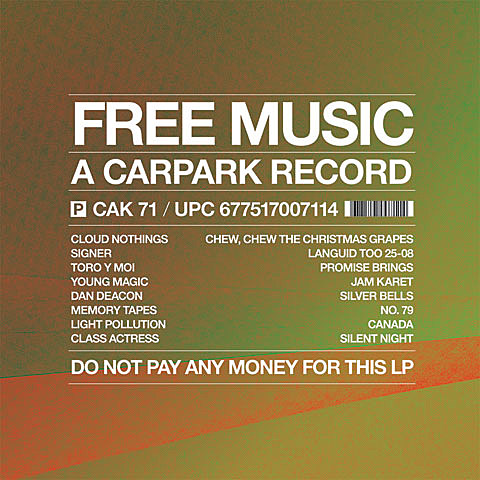 A Free Holiday Record from Carpark Records
I know it's ridiculous right? I mean people steal music for free on the internet all the time. But a free record? Maybe we just won the lottery. Maybe we're just stupid. Feel free to look this gift horse in the mouth as long as you want.
Freedom of information
* A small thank you from Carpark and its artists to all the fans who've supported us over the years
* Featuring holiday and non-holiday music from such fine musicians as Toro Y Moi, Cloud Nothings, Class Actress, Young Magic, Dan Deacon, Light Pollution, Signer and Memory Tapes
* Limited edition holiday release only available at retail
* Get one before they're gone!