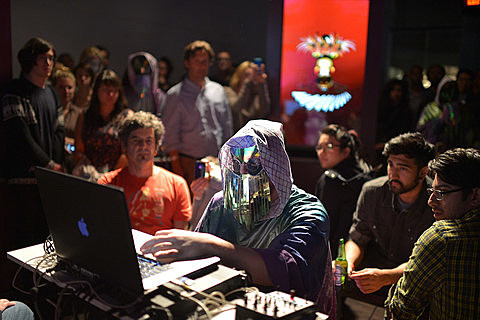 Dan Deacon has been branching out lately into all sorts of other media. His iPhone and Android apps have become a large component of his live shows, and he now has collaborated with filmmaker Tom Kuntz on an multimedia exhibition titled "Bugs," which is currently on display at Sonos Studios in Los Angeles till May 5:

"Bugs" is a multimedia installation featuring a bizarre band of insects brought to life by filmmaker Tom Kuntz in collaboration with electronic musician Dan Deacon. Six large monoliths containing TV screens positioned in a circle immerse visitors in the visual and aural show. Kuntz designed the bugs, Deacon composed a wealth of loops for each, and then The Mill LA worked their magic with animation and created software to generate randomized playback for the ensembles' many loops. The final result is a perpetually changing installation with literally millions of variations. It is at once bizarre, comedic, and utterly fascinating, just like the team of collaborators. Each Bug comes to life via SONOS PLAYBAR, the ultimate conduit merging video and sound, conveying the rich musical soundscape that accompanies intricately rendered visuals.

The opening party for "Bugs" happened on April 4 and pictures from that are in this post. You may remember that Dan did the score for Francis Ford Coppola's experimental thriller, Twixt, which still has yet to be released theatrically or on home video in North America. Those with an all-region DVD player can order abroad.

As mentioned, Dan will be in NYC soon, playing a sold-out show at Metropolitan Museum of Art on April 27. You can, however, still get tickets to the official after party at 285 Kent later that night that Dan will be DJing. He's also opening for Animal Collective's upcoming rescheduled North American dates.

And lastly, Dan's got a Record Store Day release as well, a limited edition, hand-numbered 7" single featuring two versions of "Konono Ripoff No. 1"  as performed by two sets of dual drummers: Kevin O'Meara and Jeremy Hyman on Side A; Denny Bowen and Dave Jacober on Side B. You can stream the A-Side and check out more pictures from the "Bugs" opening party below. 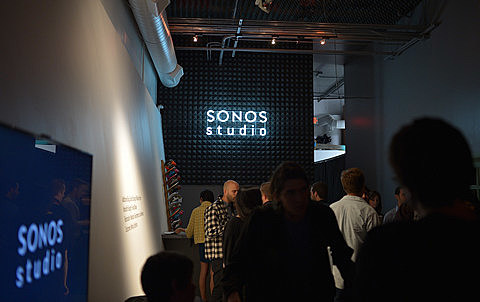 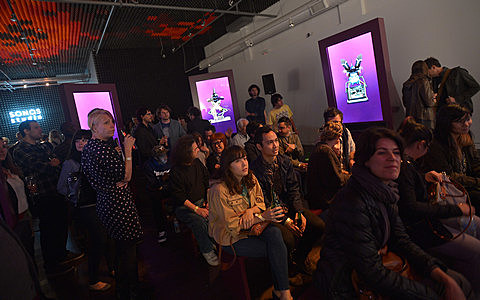 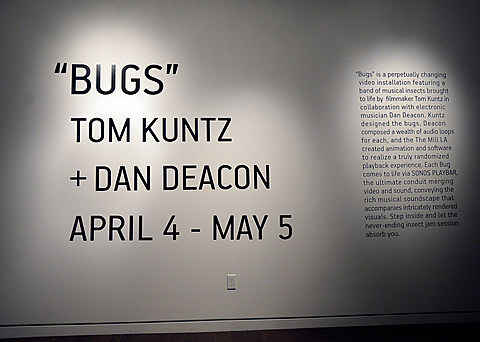 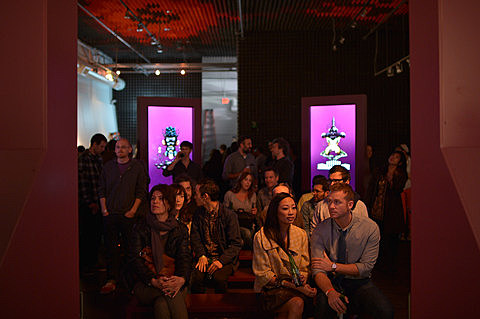 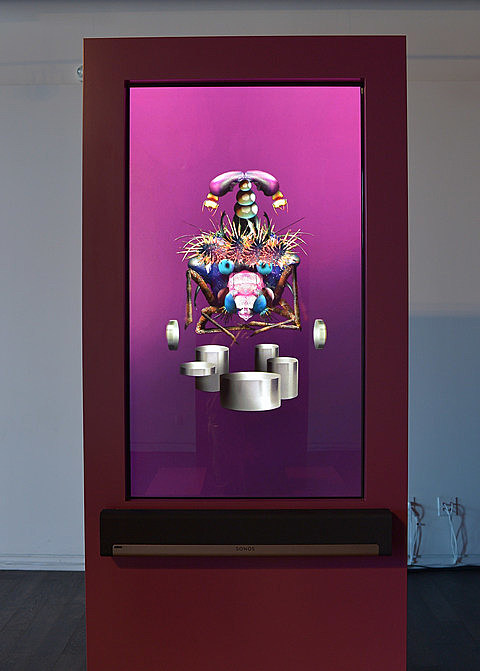 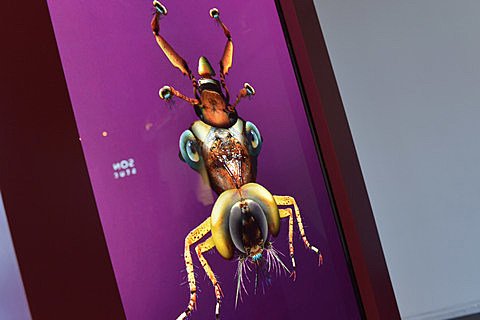 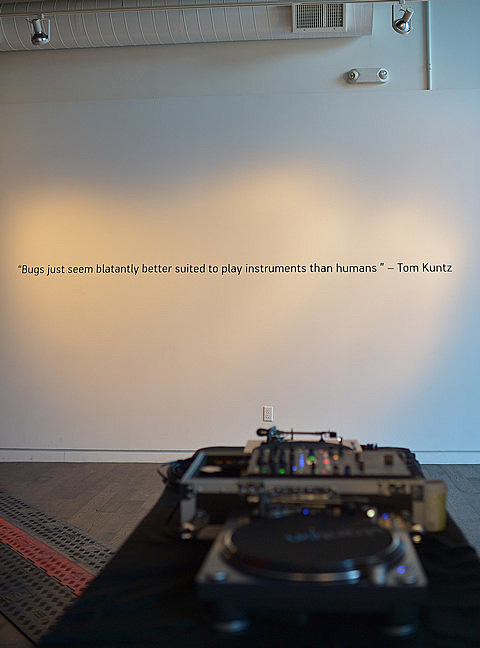 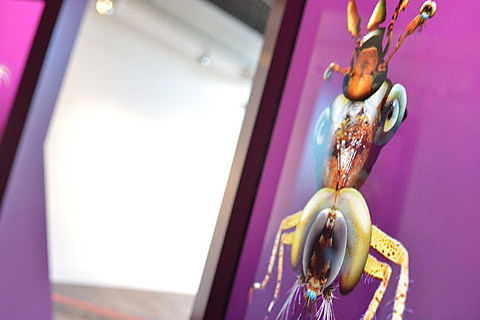 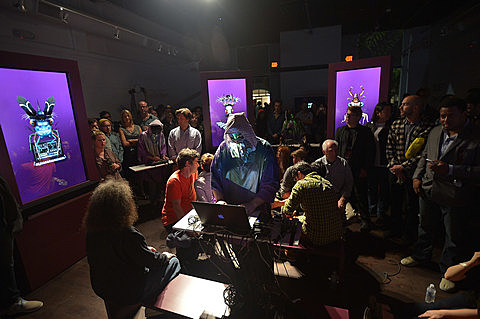 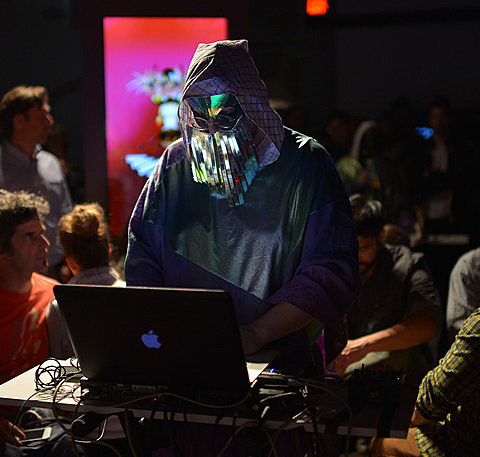 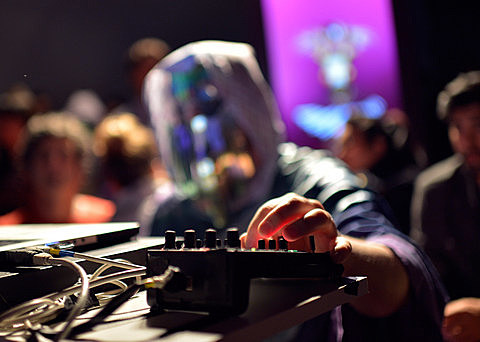 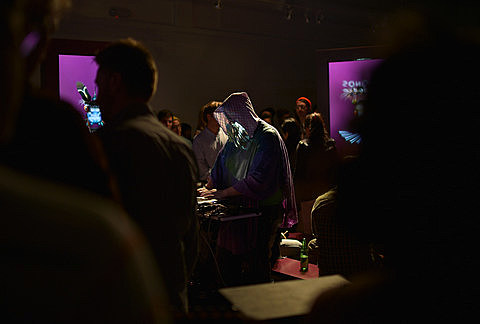 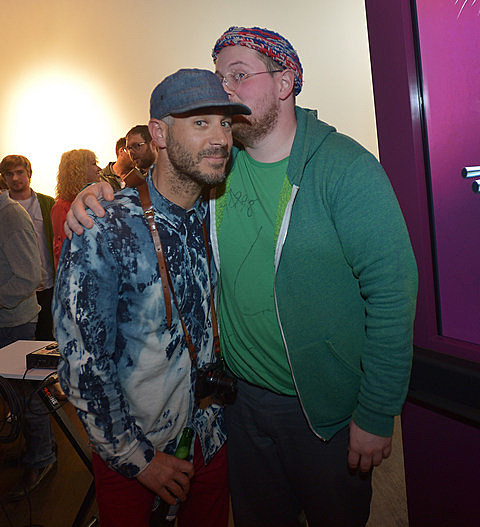 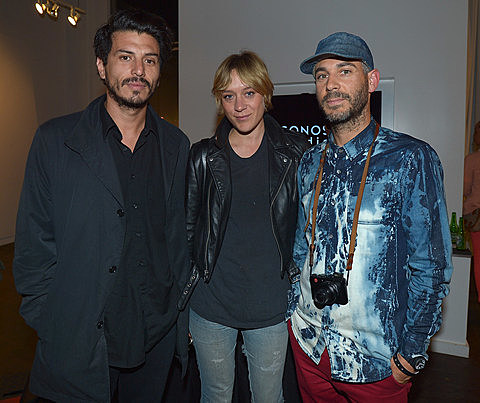 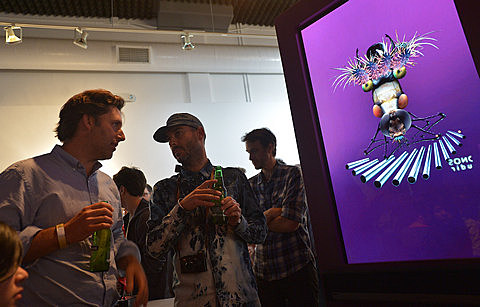 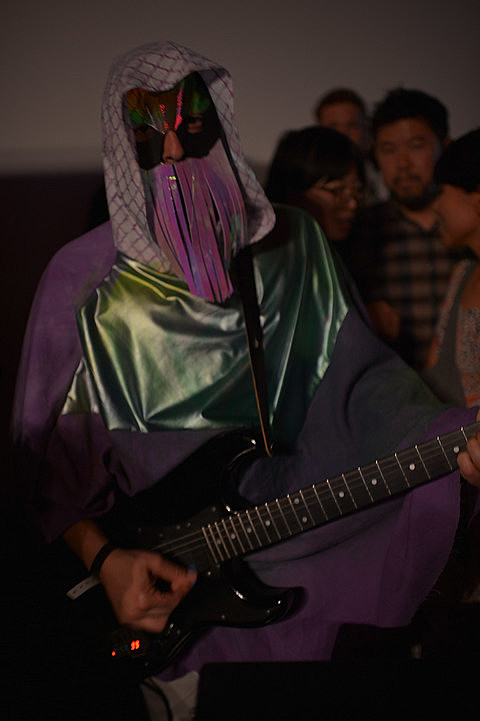 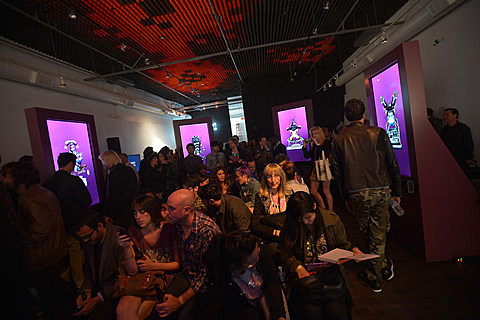 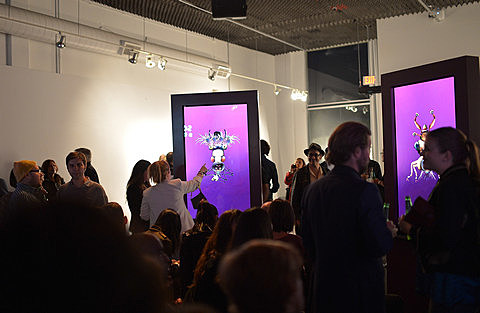 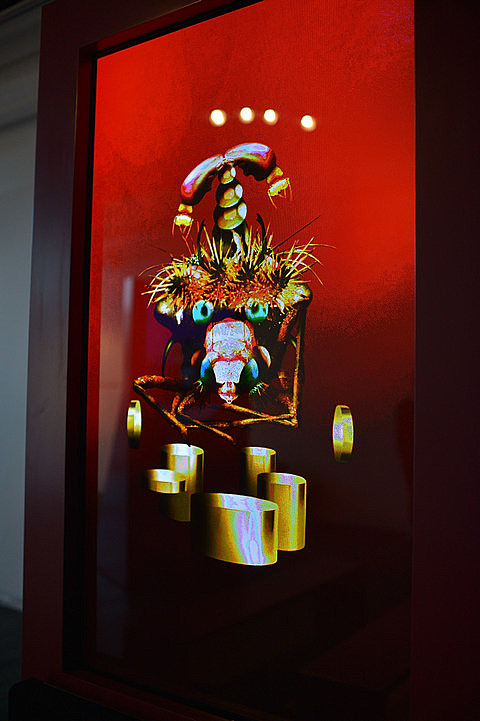