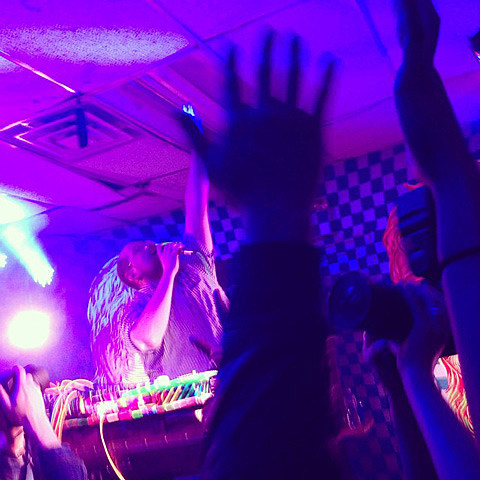 Dan Deacon will release his new album in February via Domino. No exact date or title given yet, but you can hear a little bit of the music from it via an album trailer. Watch that below.

Dan was last in NYC to play one of Death by Audio's final week shows. He'll be back in town to play Rough Trade on February 25. Tickets for that show go on sale Thursday (12/11) at noon. The only other dates on Dan's schedule are both in San Francisco. He plays The Exploratorium this week (12/11) and will play The Chapel the same week as the NYC show. All dates are listed, along with footage from Dan's final DbA show, below...