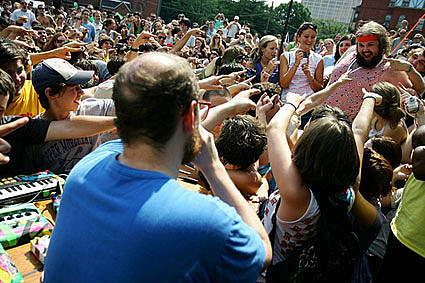 Dan Deacon came face to face with the infamous Darren Mabee at the Popped! Music Festival in Philadelphia (home of Man Man) on Saturday (June 21, 2008).

Darren was apparently not cooporating, so Dan ordered the crowd to help him put the smile spell on Darren. It seems to have worked. CrackerCAM has more photos from the event that Gogol Bordello, Crystal Castles, Mates of State and Vampire Weekend also played.

Dan Deacon opens for Devo at McCarren Pool this Thursday. McCarren Pool is where Darren Mabee got his start last summer (on this site anyway). Dan has also been to McCarren before.

More Popped pictures below, but don't actually look at them if you know what's good for you....

Dan Deacon crowd doing whatever you call this (raygunb) 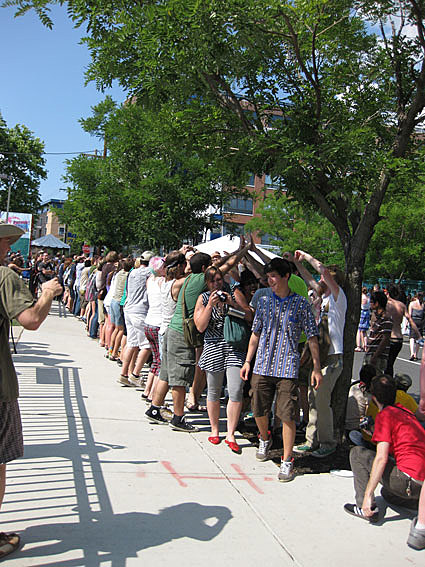 More of raygunb's Popped photos, at Flickr. That includes this one.. 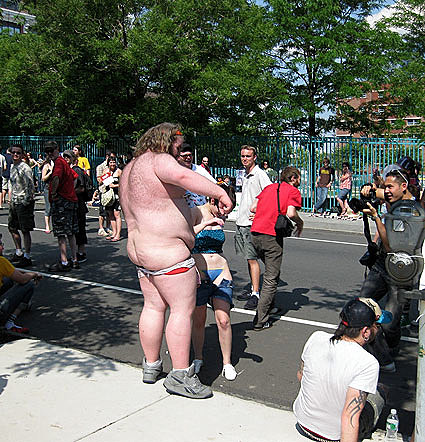