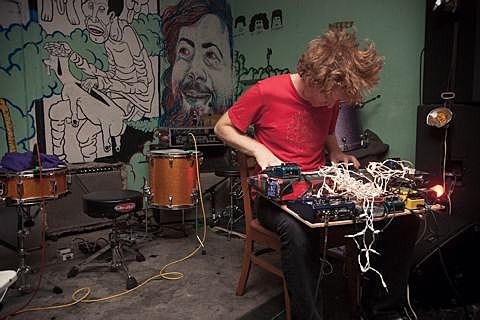 As mentioned, Dan Friel released his new album, Total Folklore, back in February on Thrill Jockey. Dan just made a video for album track "Velocipede" that in a seemingly cinéma vérité style, sees a forest in a new light (and weird color scheme). It matches pretty perfectly with Dan's blown-out synthesizer style. We've got the premiere of the video which you can watch below.

Dan's only live date is part of the upcoming 2013 Crossing Brooklyn Ferry Festival. He plays April 26 in BAM's Rose Cinemas with "video synthesizer by Todd Bailey" which sounds pretty trippy. Tickets to 4/26 (headlined by Solange) are still available.