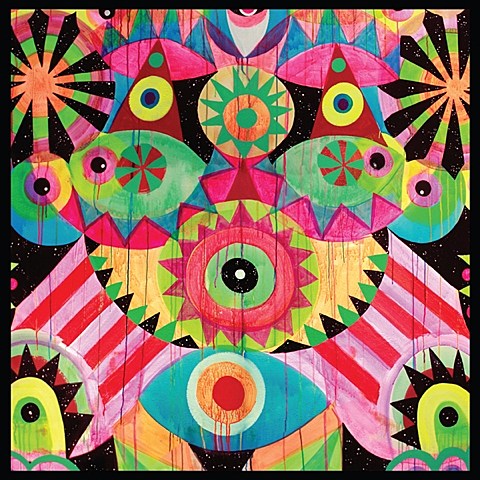 Dan Friel of the now-defunct Parts & Labor has been continuing to play a ton of solo shows in NYC since that band's demise and, after recently signing with Thrill Jockey (which he released the Valedictorian/Exoskeleton EP on in 2012), he announced that he'll release his first full length for the label, Total Folklore, on February 19. So far, Dan has let loose two tracks from the album, "Ulysses" (short edit) and "Valedictorian," and if you're a fan of buzzsaw distorted synths, you should check these out. You can download them both above or stream them and check out the full tracklist below. That's the album's awesome cover art (designed by Maya Hayuk) above.

Dan will celebrate the album with a release show the day it comes out (2/19) at Knitting Factory with a solid lineup of likeminded experimental musicians Guardian Alien, Yvette, and DJ set from ex-Battles frontman Tyondai Braxton. Tickets for that show are on sale now. It's Dan's only announced date at the moment.

Streams and tracklist below...