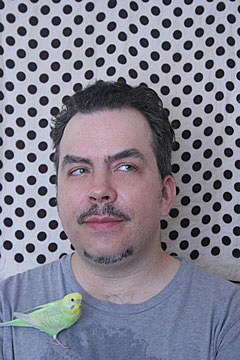 The first time I heard Dan Melchior I felt betrayed that no one had turned my ear to his strange sounds before then. The LP was called Hello, I'm Dan Melchior and it starts with the line "I once did mushrooms with Bjork..." God damn, he had me at mushrooms.

Since then I've been blessed with unearthing several of his masterpieces from LP bins all around the world. Dan has made mighty an copious marks upon the world of wax. Every record is a wade through the primordial poem-brain that is Dan Melchior's creative force.

What we have here is a fabulous collection of classic Melchior und das Menace. We asked, he let us dig through the archive, and lo and behold - Hunger, a grip of unreleased Melchior gold. It will take less than 10 seconds for the high to kick in after the rush of greasy guitars consume you at the get go of "A Wizard Doesn't Need A Computer". And yes, he's taking the piss.

Melchior und das Menace's Hunger is out on John Dwyer's Castle Face label on June 24. Get high from those greasy guitars by streaming "The Wizard Doesn't Need a Computer," which makes its premiere in this post, below.

Dan Melchior's wife, Letha (who makes music with Dan and on her own), has been battling cancer for a while now and a portion of the proceeds from Hunger will go to aid her fight. There's also a fund set up if you'd like to donate.

Melchior is a prolific dude, having released found-sound-collage LP, Slow Down Tiger, back in April and put out about five records in 2013 alone. If you dig the scuzzy side of things, Melchior's extensive back catalog is well worth digging through.

You can catch Dan Melchior live in NYC at the end of the month when he plays Secret Project Robot on May 31 with Liquor Store, Pigeons and Highllfe. It's his only current date.

Artwork and tracklist for Hunger and the song stream are below... 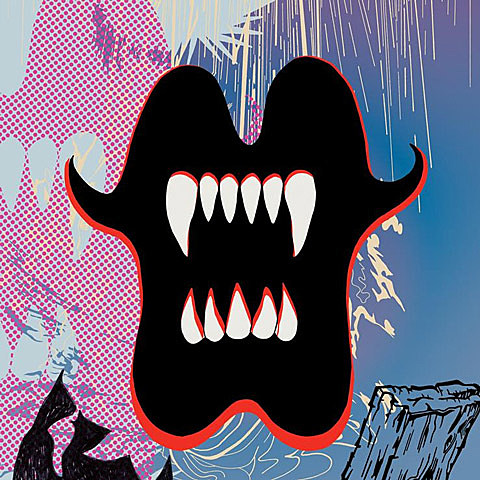