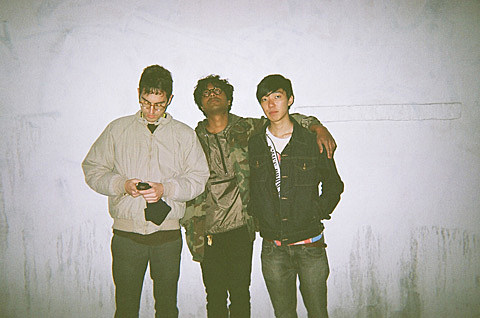 Brooklyn trio Dances are set to release their debut album, titled Keep Talking, on September 4 via Black Bell/Gigawatts Records. The band are adept at overdriven, garagey rave-ups and more breezy psychedelia, with an ear for hooks, too. Get a taste of both with "Suzy Lee" and "Jones," the latter of which makes its premiere in this post. Listen below.

Dances are one of many bands playing the three-day Gigawatts Fest at The Wick later this month. They'll perform on the final day (Sunday, 7/26) which also features Braid, Swearin', DOM, Beach Slang and lots more. Tickets are still available, and we're also giving away a pair.