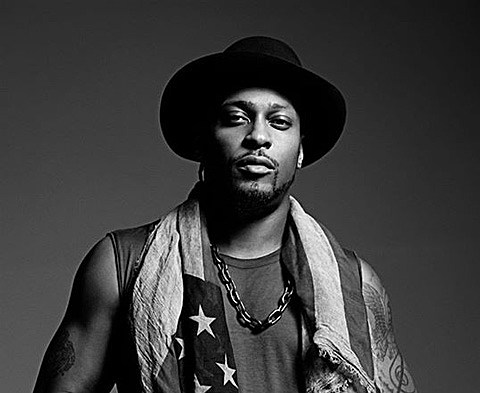 The weekend before D'Angelo plays his now sold-out show at The Apollo (2/7), he'll appear as the musical guest on the January 31 episode of Saturday Night Live with host JK Simmons of Whiplash (and Oz and those Farmers Insurance commercials). This will be his first appearance on the show and certainly his biggest moment in the spotlight since returning to action last year. This weekend (1/24), meanwhile, SNL has country star and The Voice judge Blake Shelton as both host and musical guest. Then on Sunday, February 15, it's the big three-hour SNL 40th Anniversary prime time special.

Leading up to that, VH1 Classic will have a 19-day, 433-hour marathon of episodes from every season of Saturday Night Live that runs from January 28 - February 15. This will include, hopefully, some lesser-seen episodes, like from the years from 1981 - 1985 when Lorne Michaels quit and Dick Ebersol took over as executive producer. Or the rarely seen '85-'86 year when Michaels returned with a cast that included Robert Downey Jr, Randy Quaid and Anthony Michael Hall (who were all let go at the end of the season). In addition to showing whole episodes there will be daily theme blocks, like all six episodes with Justin Timberlake (January 31, 4 - 10 PM). I just hope they make room for "Jackie Rogers Jr's $100,000 Jackpod Wad."