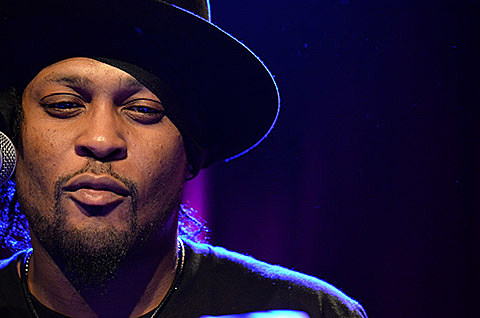 Since "postponing" his Brooklyn show at Williamsburg Park the other night, it has been reported that D'Angelo has cancelled other shows in Chicago, Minneapolis, Baltimore and San Diego.

D'Angelo's concert Wednesday at House of Blues was canceled Monday "due to a medical emergency."

A statement from the promoters Live Nation said D'Angelo "expresses his sincere regret due to this unfortunate circumstance."

An agent for the singer said, "It's serious, but he should be OK," according to a House of Blues executive. [Chicago Tribune]

Get well soon D'angelo, hopefully soon enough for you to play your set this weekend at San Francisco music festival Outside Lands.

Meanwhile, if you were hoping for a rescheduled date at Williamsburg Park, you can stop hoping. The "postponed" show is officially cancelled. "Ticket refunds are available at point of purchase."