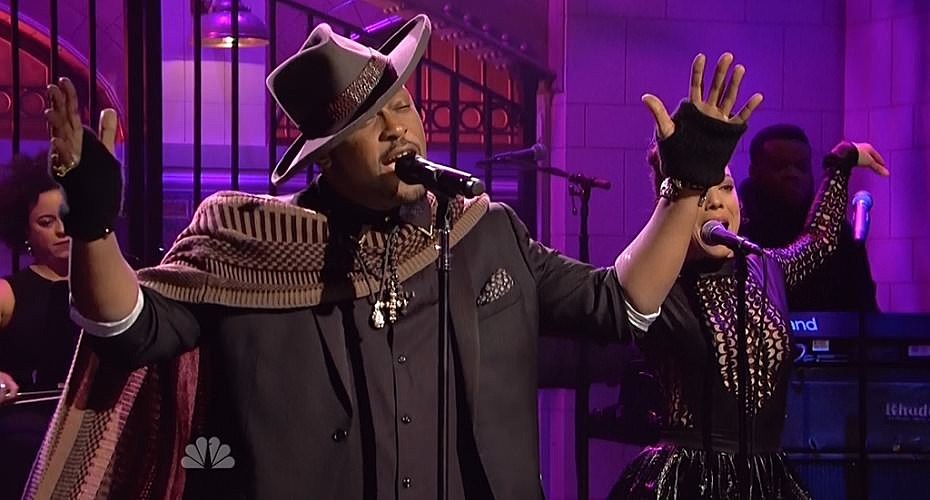 To quote Fader, "D'Angelo made his debut Saturday Night Live performance tonight and his first TV appearance since releasing his surprise album Black Messiah. Accompanied by his backing band The Vanguard, the '90s icon sang through "Really Love" and "The Charade," both of which appear on his latest record."

As CoS also points out, "During the latter, D'Angelo wore a hoodie, the Vanguard members donned "I Can't Breathe" t-shirts, and a stencil of a body outlined the stage floor -- powerful references to the recent killings of Michael Brown and Eric Garner."

Catch D'Angelo live at the Apollo on 2/7, or in Europe. All tour dates are also listed below...

D'Angelo - "The Charade" on SNL