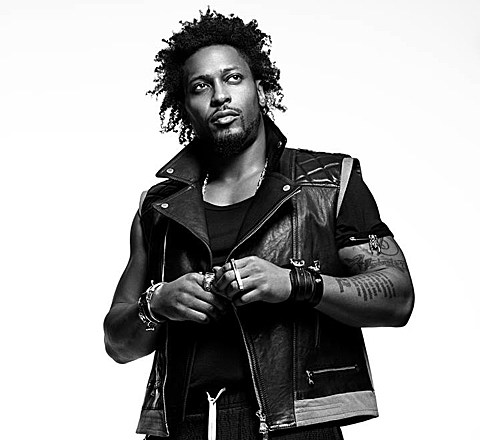 Neo-soul great D'Angelo finally released his new album, Black Messiah (his first since 2000), at the tail-end of 2014. It got huge acclaim, and while it came out too late to make most year-end lists, it did top the Pazz + Jop Poll. D'Angelo will be heading to Europe in February for a tour there, but before leaving the US, he plays NYC's historic Apollo Theater on February 7. Tickets for that show go on sale at 10 AM on Wednesday (1/21), with Apollo A-LIST, Ticketmaster, and WBLS presales beginning at 10 AM on Monday (1/19).

All dates are listed, with a stream of one of the new album's songs, below...