UPDATE 2: The album is out.

D'Angelo at Brooklyn Bowl in 2013 (more by PSquared) 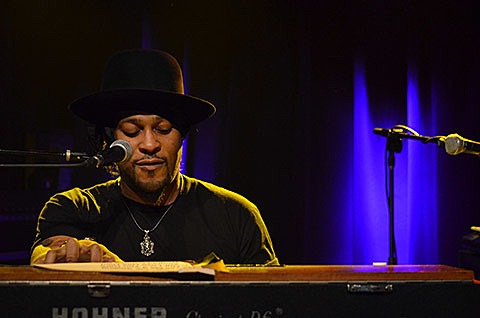 As discussed, the new D'Angelo album, Black Messiah (his first since 2000), is finally a real thing and reportedly coming out this week. There's a private listening party in NYC today, but even if you're not going to that you can now get a taste of the album from its new single "Sugah Daddy," which just premiered via Red Bull's 20Before15 series. Listen below.

UPDATE: Questlove says the album will go on sale on iTunes tonight at midnight.