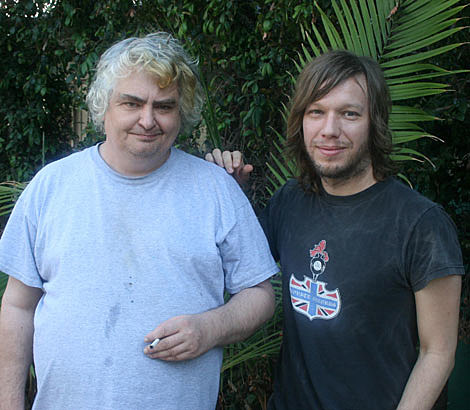 "With the October 6, 2009 release of his latest - and possibly greatest - work, Is And Always Was, Daniel Johnston adds another chapter to his artistic legend.

Is And Always Was is a decided step away from the lo-fi homemade recordings for which Johnston is famous. "Everyone needs to take their demos and go back to the studio," says Daniel.

On this album, Daniel allied with the musician and producer Jason Falkner, who is known for his own stellar solo career as well as his work with Beck, Air, and Paul McCartney. With Jason manning the boards, "Is And Always Was" was a project that aimed to take the rock and roll symphonies in Daniel's prolific musical brain and deliver fully-realized and professionally-produced recorded songs. "He possesses that rare individuality that makes the listener wonder where this music comes from," Falkner says of Daniel Johnston. "It was challenging to make our minds work together but I really found myself immersed in his musical world. It's a unique place to live, that's for sure!""

That snippet of a press release is official confirmation of the new Daniel Johnston album that I mentioned on Thursday. Further proof is the MP3 above, and the cover art and tracklist below... 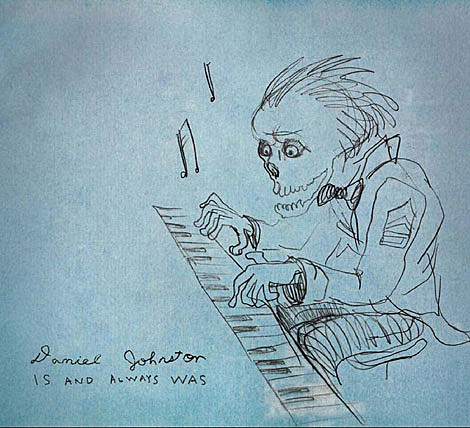 Daniel Johnston
Is And Always Was
(Eternal Yip Eye Music / High Wire Music)
Street date: Oct. 6, 2009
Mind Movies
Fake Records Of Rock And Roll
Queenie The Doggie
High Horse
Without You
I Had Lost My Mind
Freedom
Tears
Is And Always Was
Lost In My Infinite Memory
Light Of Day

Also coming soon is a Daniel Johnston "iPhone game that features his art characters and music."

Tickets are still on sale for the October 14th show at Highline Ballroom, and here are all the North American dates again...