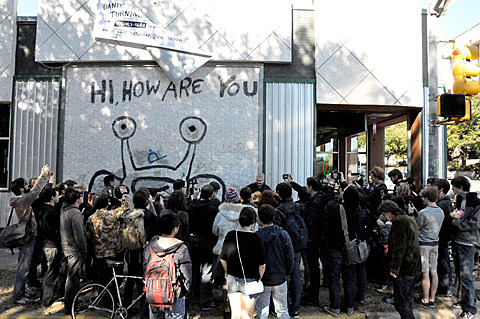 "On Saturday, the singer/songwriter/artist Daniel Johnston turned 50 and he celebrated with a couple of personal appearances in Austin. After a short visit to Waterloo Records, Johnston turned up at his famous "Hi, How Are You" mural (at the corner of 21st and Guadalupe, across from the University of Texas campus).

Well-wishers sang him "Happy Birthday" then Johnston pulled out an acoustic guitar to sing a few of his own songs. Then he posed for a few photos with fans and that was it. Happy Birthday, Daniel." [30 Days Out]

The Songs Daniel played were "The Last Song" and "Mean Girls Give Pleasure". Later that night, Dan appeared on his own birthday radio show which you can still listen to at his site. Wilco, Mates Of State, and Corin Tucker of Sleater-Kinney are among those you can hear giving Dan birthday wishes on the streaming show. Meanwhile, Dan's Kickstarter project to raise money for a comic book has already gone past its $10,000 goal, but if you still want to give, they're still taking money. More pictures from the party at the wall on Saturday, below... 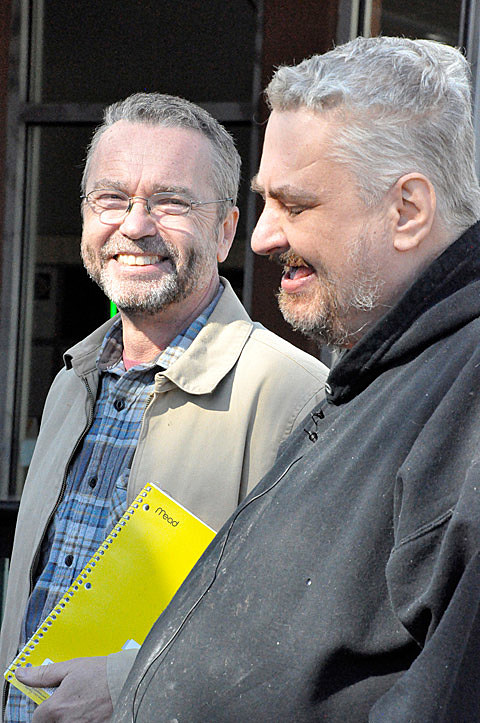 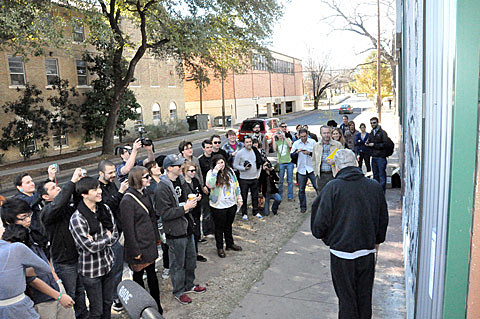 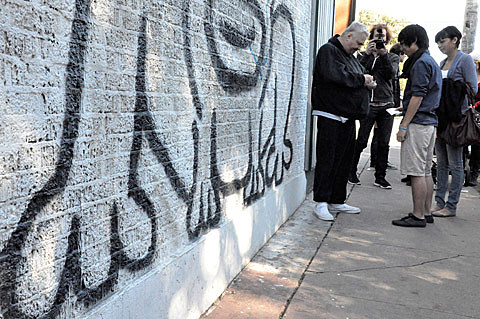 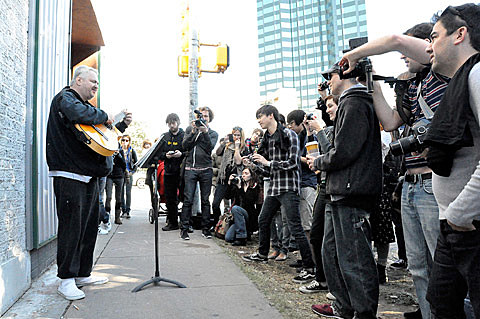 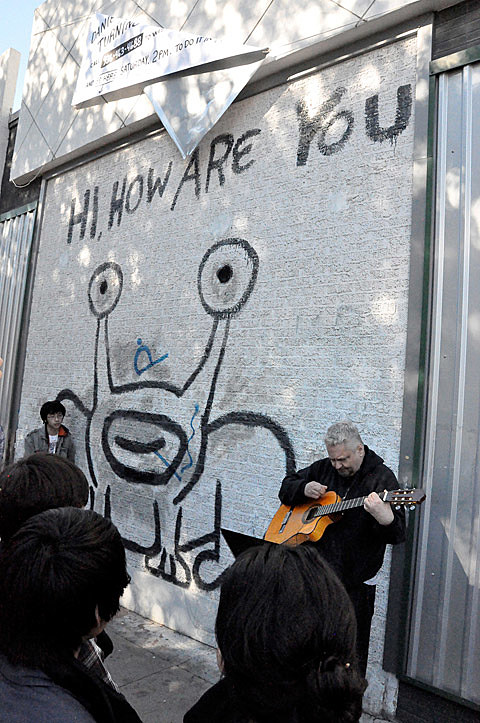 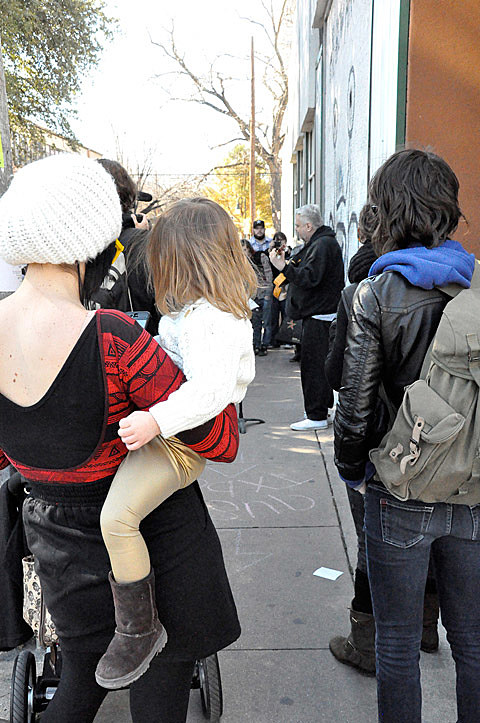 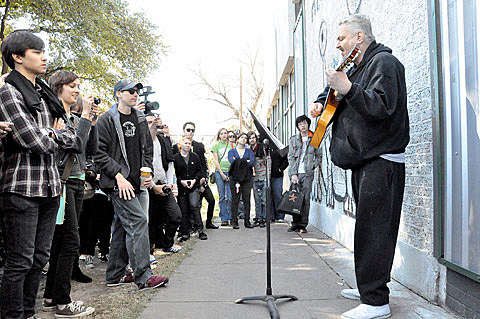 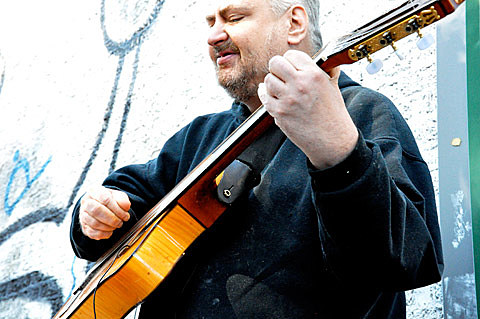 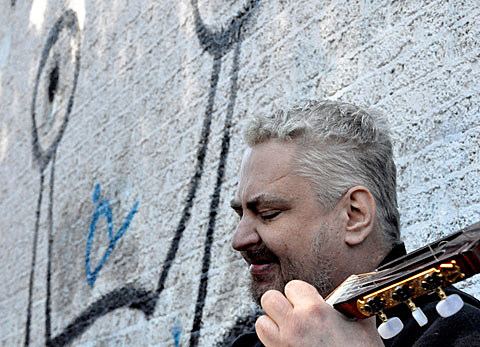 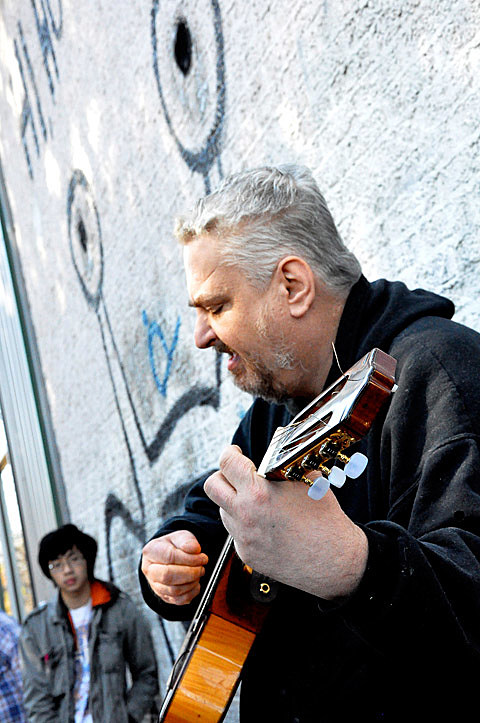 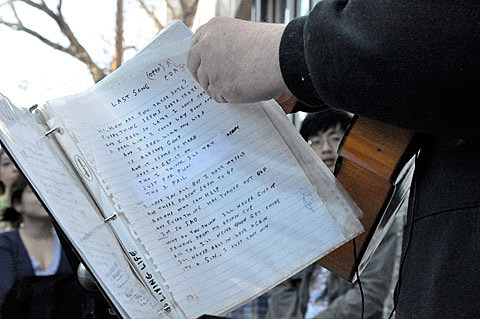 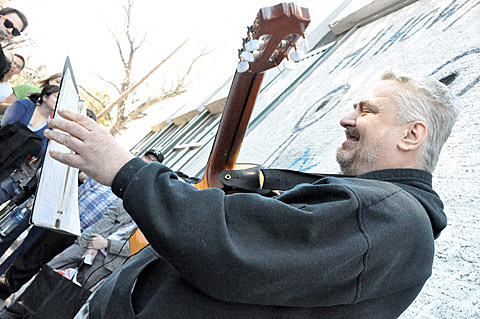 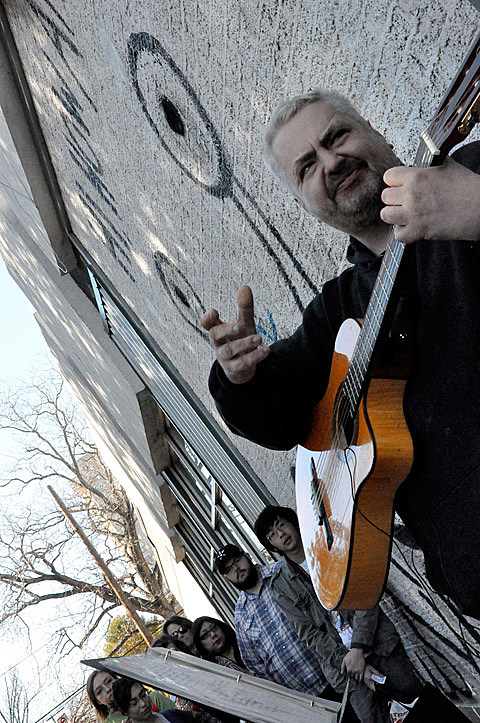 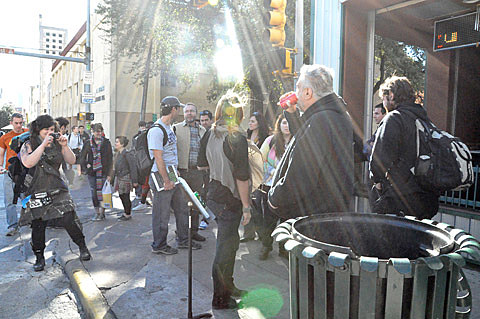 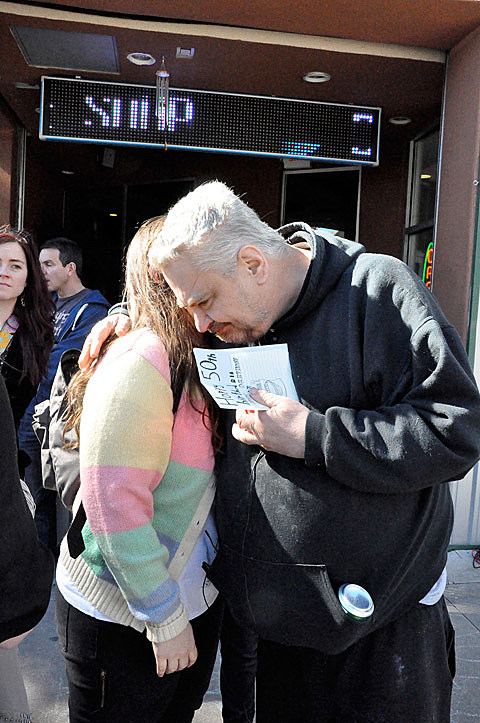 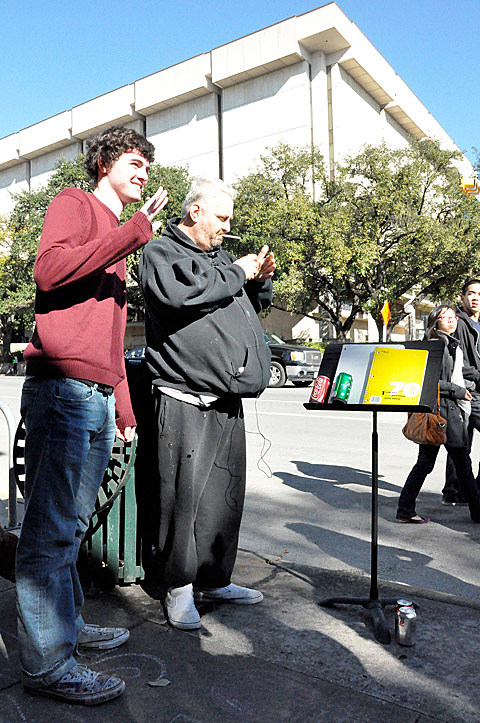 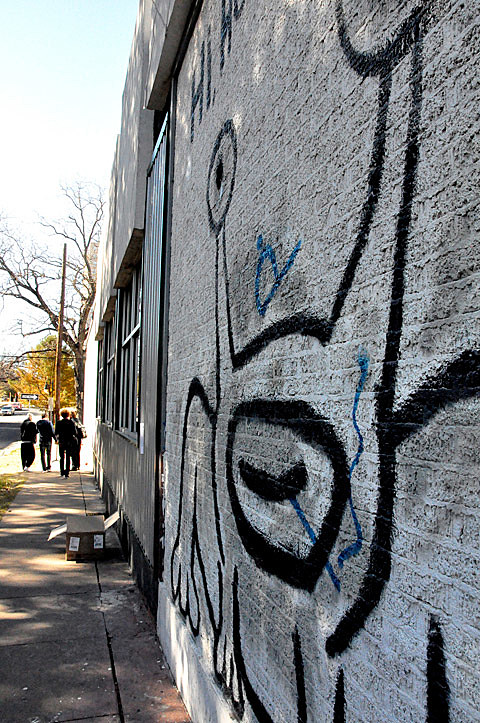 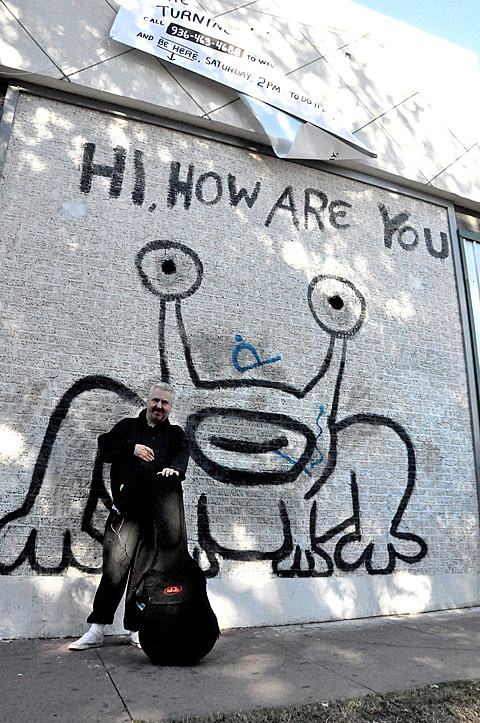 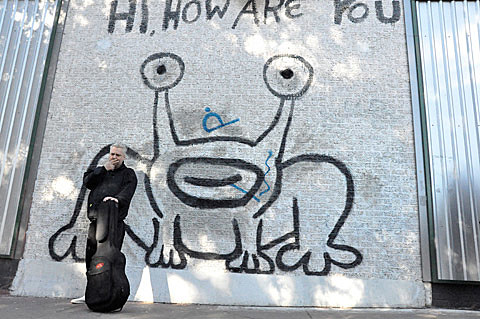 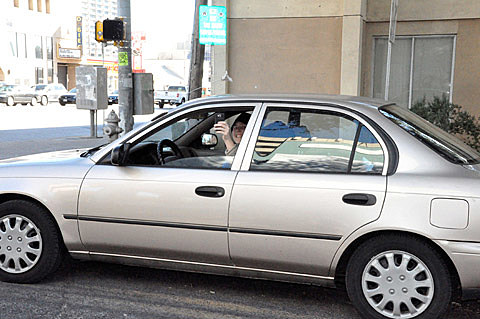 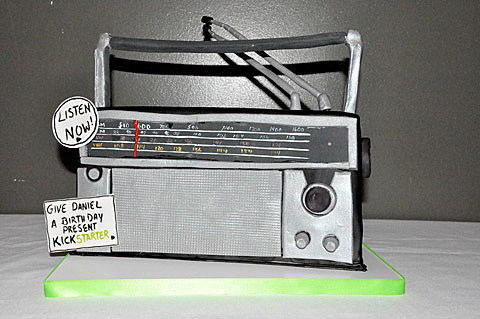 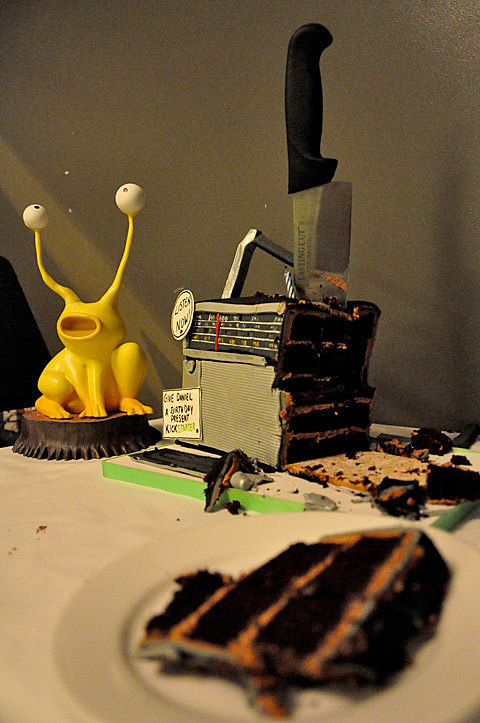 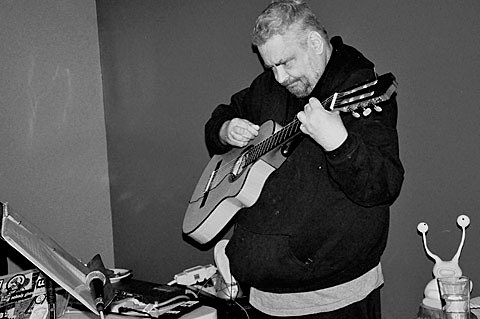 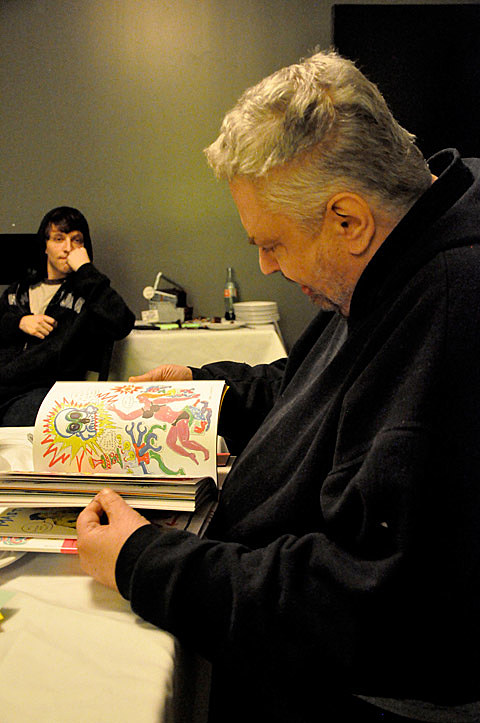