Daniel Johnston has added NYC and Los Angeles dates to his final tour where he's backed by different artists that he's influenced, specific to the city, who will also choose the setlist. The NYC show happens October 7 at Town Hall where he'll be joined by members of Beirut, Cibo Mato and more TBA.

The LA show happens November 2 at The Orpheum Theatre where he'll be joined by Mike Watt, Ben Lee, Maria Taylor, Guy Blakeslee and Joey Waronker. Tickets for those shows go on sale Friday, August 18: noon Eastern for the NYC show, and 10 AM Pacific for the LA show.

The day before the LA show, Daniel and his same group of backers will perform live on KCRW's Morning Becomes Eclectic. Other dates include New Orleans (backed by Preservation Hall Jazz Band), Chicago (backed by Jeff Tweedy and friends), Portland (backed by Built to Spill and more), and Philadelphia (backed by members of The Districts and Modern Baseball). All shows begin with a screening of 2005 documentary The Devil and Daniel Johnston. All dates are listed, along with the poster for the NYC show, below. 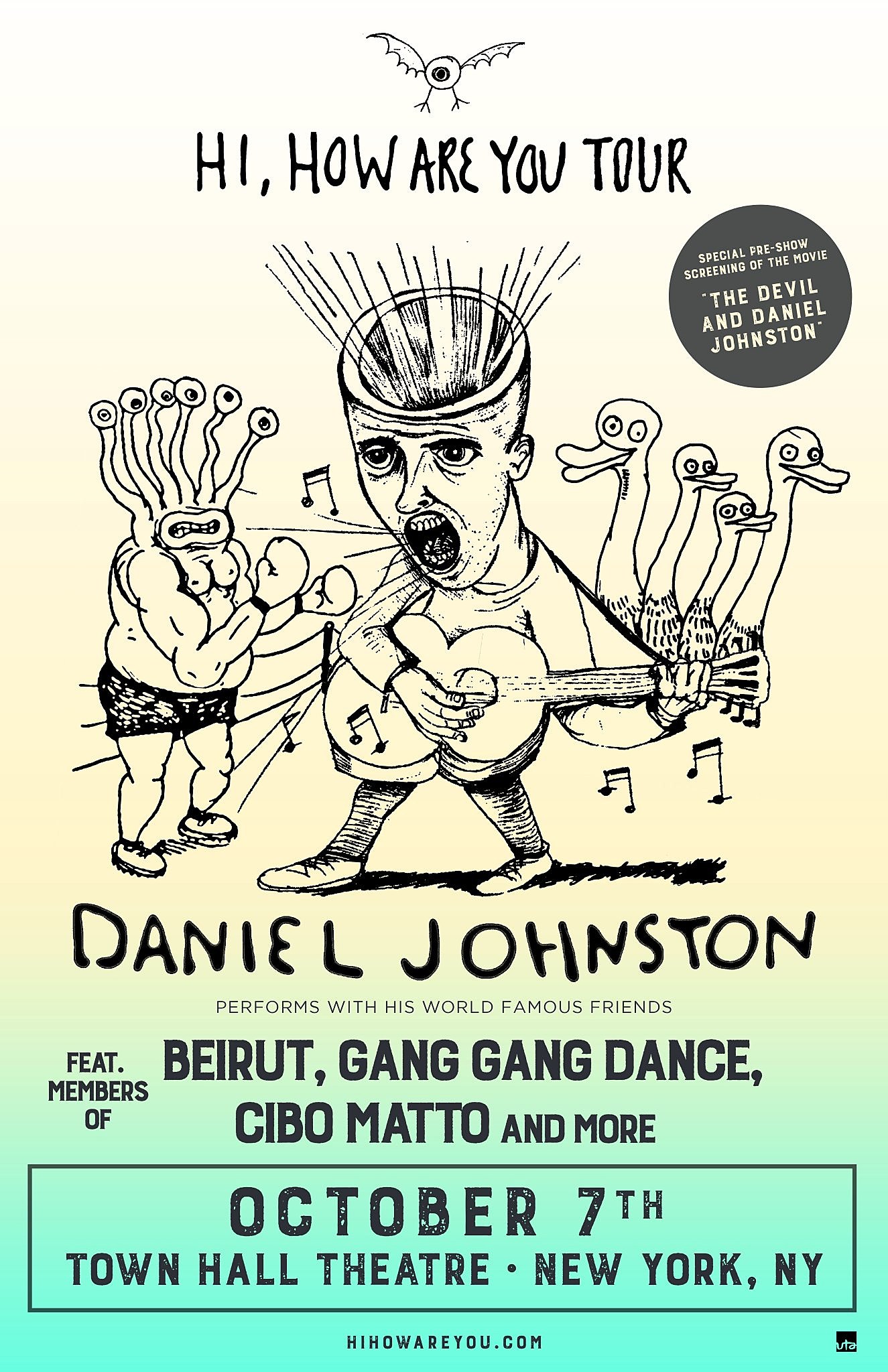 November 8  - Portland, OR  Revolution Hall -  Joined by Built to Spill and others

November 10  - Vancouver, BC  Venue Nightclub  - Joined by Built to Spill and others