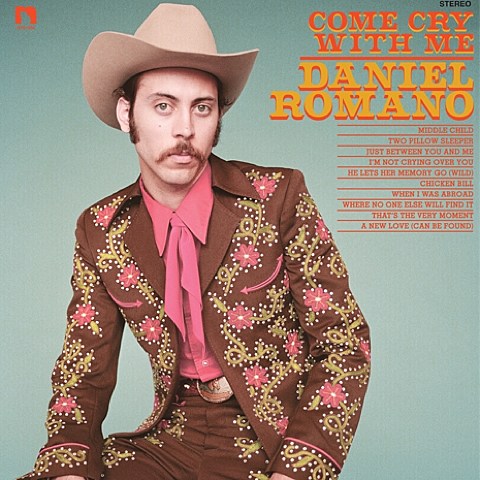 Canadian singer/songwriter Daniel Romano used to front the band Attack in Black, and around the time of that band's breakup, he formed You've Changed Records with Steve Lambke of the Constantines and released a collaborative album with Julie Doiron (Eric's Trip) and Frederick Squire, who had both collaborated the year prior on Mount Eerie's Lost Wisdom.

Daniel followed that collaboration with his first solo album in 2010, followed by another in 2011, and now he released his newest album, Come Cry With Me, earlier this year. It hearkens back to old timey country and similarly to someone like Caitlin Rose, Daniel really knows how to channel the sadness, heartbreak, and hard times that informed much of country music's rich history. The songs are clearly indebted to old sounds, but they also sound refreshingly new, and are some of the better country ballads to be written in recent times. Julie Doiron also appears again here as part of group of backing vocalists. You can stream the entire album below.

Daniel is on a US tour this spring leading up to his appearance at Bonnaroo. That tour hits NYC on May 21 at Bowery Ballroom, where he'll be opening for Shooter Jennings. East River Bandits are on that bill too and tickets are still available.

Daniel Romano - "Just Between You and Me"

Daniel Romano - "I'm Not Crying Over You"

Daniel Romano - "When I Was Abroad"

Daniel Romano - "Where No One Else Will Find It"