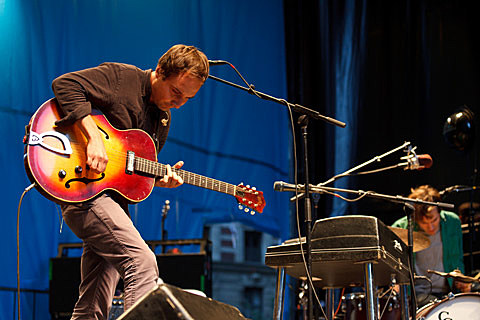 Back in 2012, Grizzly Bear's Daniel Rossen (also of Department of Eagles) released the solo EP, Silent Hour/Golden Mile, and he'll now be going on his first-ever solo tour in the spring of 2014. That tour kicks off in Seattle and ends in Brooklyn on April 15 at Music Hall of Williamsburg. Tickets for that show are on sale now. All dates are listed below.

As discussed, Daniel Rossen also joins Beach House, Robin Pecknold (Fleet Foxes), Hamilton Leithauser (The Walkmen) and others to perform Gene Clark's No Other in full on tour this January.

Download "Return to Form" from Daniel's EP above, or stream it, along with the list of tour dates, below...