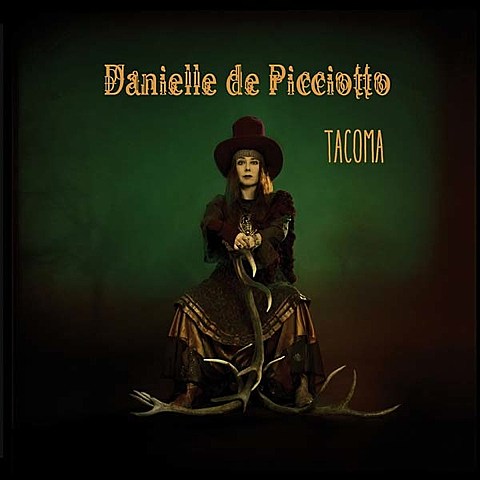 Tacoma, WA-born, Berlin-residing artist Danielle de Picciotto has been releasing music, films and more since the early '90s, and her most recent release is this year's Tacoma album on Moabit Music. That album's newest single is "I Have Love," an eerie avant-garde pop song that fans of newer artists like Julia Holter and Pharmakon should not be sleeping on. Its shaky black-and-white video premieres below. If you like what you hear, you can pick up the album here.

Danielle also has a new graphic diary coming on August 13 titled We Are Gypsies Now. The description reads:

We Are Gypsies Now! is the transcendentally Illustrated and emotionally transparent journal of the adventures and internal struggles of Danielle de Picciotto and Alexander Hacke's first year on the road with no direction home. Experiencing We Are Gypsies Now! is to embark on Danielles deeply personal journey and to possibly heed her call for a more imaginative approach to life in our over-mediated and covertly alienated age.

Switching between diary, autobiography and speculation, We Are Gypsies Now! explores the nomadic option as perhaps the only possible cultural and social response to gentrification and consumerism... Reading this is an inspiration, a wake-up call, and perhaps even a demand to once again embrace the liberating freedom of chance.

The cover artwork and a trailer video are below, and pre-orders are available here or here.

Danielle and her husband Alexander Hacke (of Einstürzende Neubauten) will also be touring together in support of the new album and book. The tour includes a NYC show on September 9 at Trans-Pecos with Lary 7 and Victoria Keddie. Ticket info TBA. 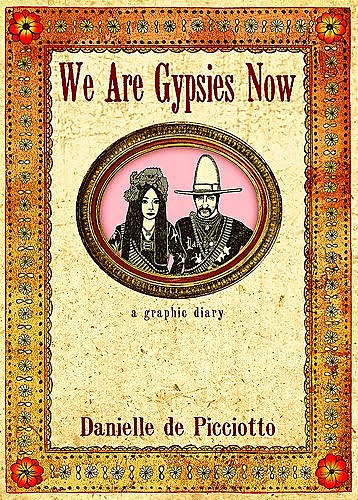