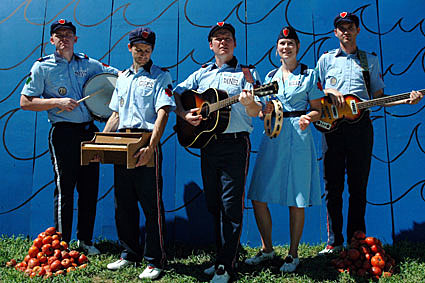 Over the next few months we will be releasing brand new videos, unreleased mp3s from live shows, radio sessions, and the vault, as well as much much more. To start we're announcing two joyous events: the first domestic Danielson tour in over two years and the release on November 4 (December 1 in the UK) of Trying Hartz (First Fruits '94-'04), a two-disc retrospective of the first ten years of Danielson's body of work. Aside from fan favorite album tracks, it includes previously difficult-to-find songs, alternate takes, new intros & outros, and a few very choice live recordings. Also included are notes on each individual song by Daniel Smith himself as well as liner notes by best-selling novelist Rick Moody (The Ice Storm, Garden State).

Danielson will swing by the Knitting Factory in NYC on Halloween for the inaugural date of a month-long US tour - tickets are on sale. Joining (as part of the Famile and on their own) will be '60s-influenced pop trio Cryptacize, whose debut Dig That Treasure came out earlier this year on Asthmatic Kitty. Asthmatic Kitty is the "sister label" to Danielson's own Sounds Familyre. All tour dates and the "Trying Hartz" tracklist & cover art, below.... 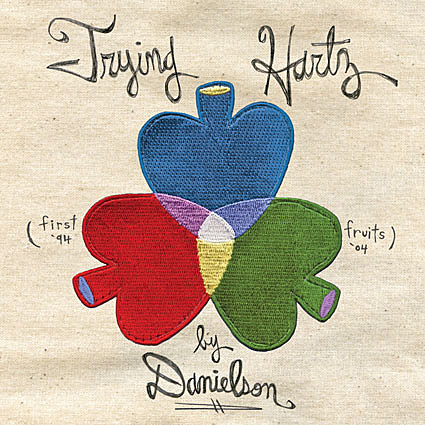 * with Cryptacize
+ with Bart Davenport
^ with Soul Junk
$ with Mount Righteous