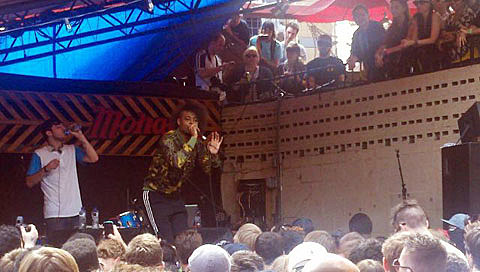 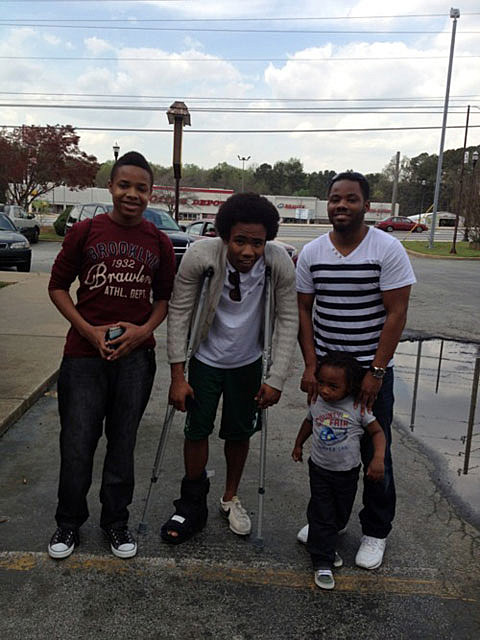 "This past Saturday I fractured my foot on stage in Tampa during a performance and was rushed to the emergency room.

The doctors say that if I stay off of my foot for a couple weeks and wear this boot, there's a good chance they can avoid surgery and start performing again soon.

I'm really upset by the timing of this. CAMP tour will go on, but dates will be postponed."

All dates from 3/16-4/3 have been rescheduled and are listed with new dates below. The new NJ date is 4/30, though it's unclear if Danny Brown will still be opening.

What is clear, is that depsite no NJ show last night, and being attacked with a lemon at SXSW, Danny Brown did make it to NYC for his now-SOLD OUT show at Santos Party House tonight (3/22). He'll also be back in the area in June when he plays the Roots Picnic in Philly, and when he opens for Childish Gambino at Central Park Summerstage after Bonnaroo.

Check out Danny's new video for "Radio Song" and the new CG dates below...