The gang hangs at The Turkey's Nest Josie's on 'Daredevil'...and that's not 8th Ave! 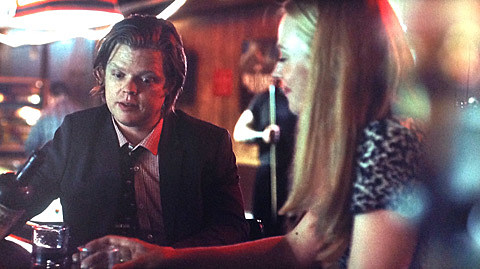 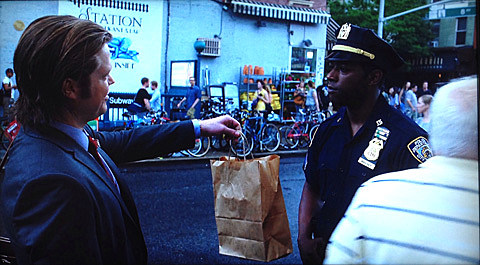 Netflix's newest must-binge series, Daredevil, was released on Friday, the first of four Marvel-related superhero shows planned for the streaming service. Like the comic, first published in 1964, the series is about blind NYC attorney Matt Murdock who lost his sight in a childhood accident which hightened his other senses, and he now fights crime by night. Also like the comic, the show is set in Hell's Kitchen...but a lot of it was filmed, like a lot of shows these days, in North Brooklyn and Long Island City. One of the first scenes in the first episode takes place at the supposed corner of 8th Ave & 50th St but is clearly Bedford & N. 7th. And the show's local dive bar, Josie's, is shot in actual Williamsburg dive bar The Turkey's Nest.

If you haven't watched yet, the Daredevil series is actually pretty good, favoring real stunts and practical effects over CGI, with some knockout set-pieces and an engaging (and violent) first season storyline. Matt Murdoch has yet to see a punk band at The Trash Bar, though. Have you checked it out? Trailer for the first season is below.

In other news, Netflix is adding audio description tracks to their shows, like Daredevil, for the visually-impaired. Says Tracy Wright, Netflix's director content operations, "At Netflix, we work hard to continually improve the experience for our members when viewing movies and shows on our service, including providing accessibility across devices. Now we're expanding our accessibility options by adding audio description on select titles, beginning today with our new critically acclaimed series, Marvel's Daredevil."