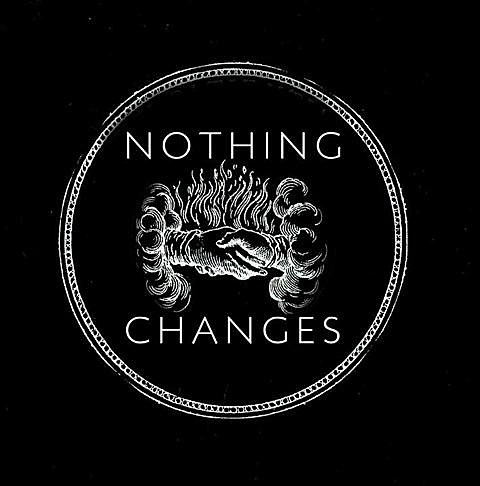 Your new band is called Dark Blue. How did all this happen?

I'd been listening to a lot of UK '77 Punk stuff, the first kind of music that I got really obsessed with in my early teens. I decided that it might be time for me to finally pay homage to the stuff that I grew up with musically. It never occurred to me that I'd start this band: I had a pile of songs I didn't know what else to do with them than fucking record them. I'm at the point in my life where I can devote a little more time to music. My kids are a little bit older now, and my wife and I are settled in Philadelphia. It gives me a little more time to work on this stuff. Andy and Mike used to play in Puerto Rico Flowers and we started playing around with stuff, almost as a fluke. I didn't really expect much of it to be quite honest with you, but it's the project I'm most happy with.

Dark Blue's playing their third ever show tonight (1/8) at the Nothing Changes party at Home Sweet Home with Interval, who haven't played a show in two years but earlier today released a sampler of a forthcoming demo (stream it below). No one is really sure what to expect from Dark Blue -- there aren't any Dark Blue recordings out there -- so, if you go, tell us about it. (How many bands get a Village Voice writeup without any recorded material and 13 Facebook likes?.) Silent Servant, who just headlined The Bunker's 11th anniversary at Output, will be DJing, as will Nikola Baytala.

The updated Nothing Changes schedule for January, which includes Statiqbloom, Nearest, Outmode and Croaw is below. As a reminder, Statiqbloom is the solo ebm/industrial project of Batillus's Fade Kainer -- he's playing a Statiqbloom show with Hot Guts tonight in Philly. Stream Statiqbloom's EP below.

Updated schedule, flier, and streams are below... 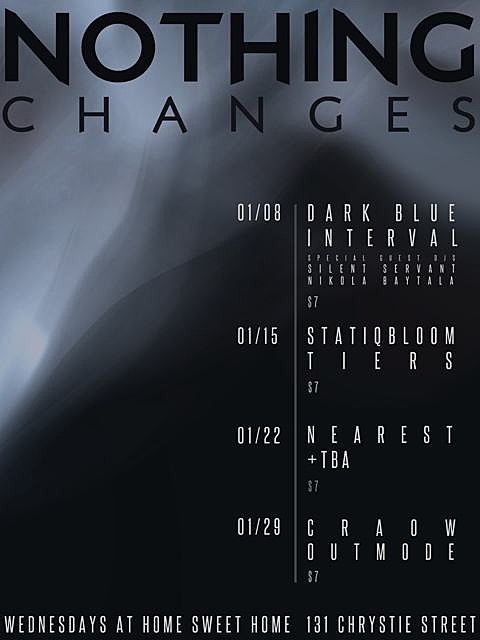 January at Nothing Changes