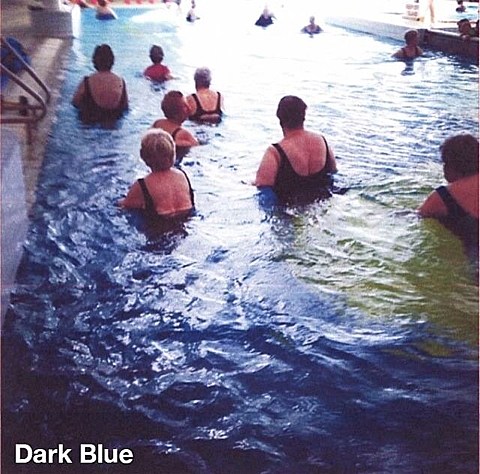 We talked about Dark Blue, the new Philly trio from John Sharkey III (Clockcleaner, Puerto Rico Flowers), Andy Nelson (Ceremony, Paint It Black) and Mike Sneeringer (Purling Hiss) back in early January when they came to NYC for a Nothing Changes party. At that point, the band had still yet to release any music, but they've since announced that their debut 7" will soon come out on Katorga Works with "Subterranean Man" on the a-side backed by "Skinhead Wedding In Canberra." Sharkey has talked about the UK ''77 Punk influence on this project, which you can totally hear in the music -- those choppy power chords are pretty poppy for Katorga Works. But like a past Katorga Works band, Merchandise, the vocals embrace the gothy baritone of the '80s, and there's even a little Jim Morrison on that repeated line, "Death in the city/death in the city above." You can stream the a-side of the 7" below.

Dark Blue will play a release party for the new 7" in Philly this March, and they'll be back in NYC to open the previously discussed Saint Vitus show (3/20) on fellow Philly band Nothing's tour. Brooklyn post-black metal specialists Sannhet were added to that show as well. Tickets are on sale now.