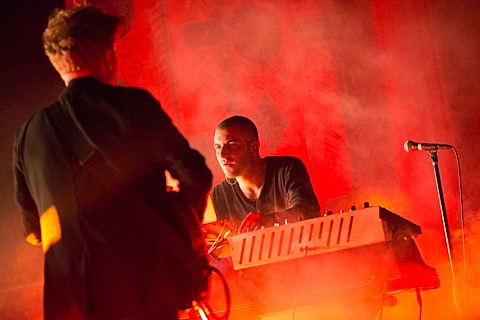 Nicolas Jaar and Dave Harrington have announced that their collaborative project Darkside will be coming to an end ("for now") this year. Their "last show" will take place in their hometown of NYC on September 12 at Brooklyn Masonic Temple, a smaller space than their last show here at Terminal 5. The show will be opened by Valentin Stip who's signed to Nico Jaar's label. Tickets are on sale now. Their only other US date is FYF Fest. They've also got some international dates which are listed below.

The band have also released two songs recorded while they made their LP, Psychic, which didn't make the cut. Stream those (one appropriately called "Gone Too Soon"), with the list of dates, below...

Darkside - "What They Say"