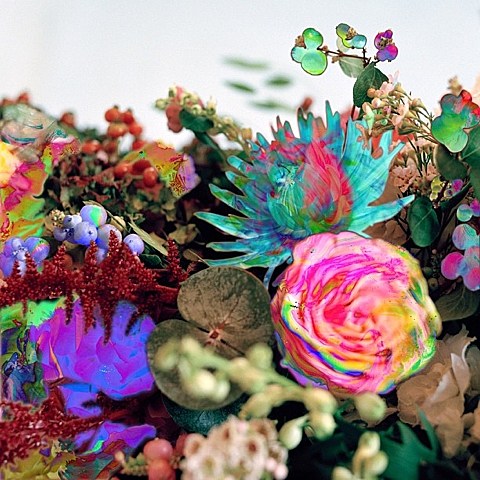 UK trio Darkstar made a solid impact with their 2010 debut full length, North, a dubstep-meets-synthpop album that came out on Hyperdub just before that sound really took off. After three years, and finding a new home on Warp Records, they've finally resurfaced with a second album, News From Nowhere, which came out earlier this month (2/5).

A much lighter record than its predecessor, News From Nowhere ditches dubstep in favor of electronic-tinged ambient pop. It's a beautiful sounding record and most of it is heavy on the atmospheres, though there are moments that break the mold, like the Animal Collective-indebted "Amplified Ease." The video for that track and a four-song sampler of the album are below. You can also hear the whole album on Spotify or pick it up on iTunes. That's the artwork above.

Darkstar just wrapped up a European tour this week and they'll be headed to the US for a tour here in March, which hits NYC on March 28 at Glasslands with Gobby and Tezeo. Tickets for that show are on sale now.

All currently known dates are listed below...