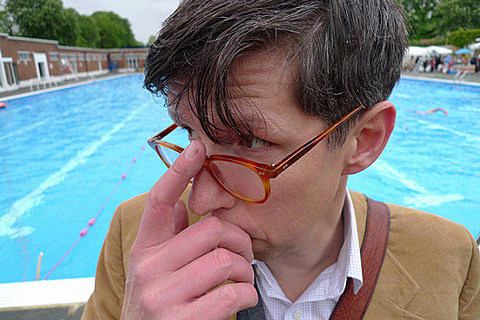 UK singer/songwriter Darren Hayman spent much of the '90s in cult indie band Hefner where his literate takes on romance (and warbly vocal style) played like a Mike Leigh movie. After a string of singles, EP and full-lengths, the band signed to Too Pure/Beggars where they released four albums, including The Fidelity Wars which is probably their defining album. Hefner broke up in the early '00s but Darren has remained prolific, making records as The French, plus collaborations with The Wave Pictures and others. In certain circles, he's kind of a big deal. His most recent release was a single with Emma Kupa (formerly of Standard Fare) which you can stream, along with some other songs from throughout his career, below.

Hayman hasn't played NYC in about 15 years (Brownies was the last show I remember) but that changes this month when he'll play Cake Shop on July 26 with The Smittens, Pale Lights, and Let's Whisper. NYC Popfest is presenting the show which is the only North American date for Hayman.

Vermont's The Smittens have a new EP coming out in August, titled Love Record Breaker, which is more of their winsome, anthemic (but understated) indiepop. You can stream the title track below. Their Burlington neighbors Let's Whisper open the night. 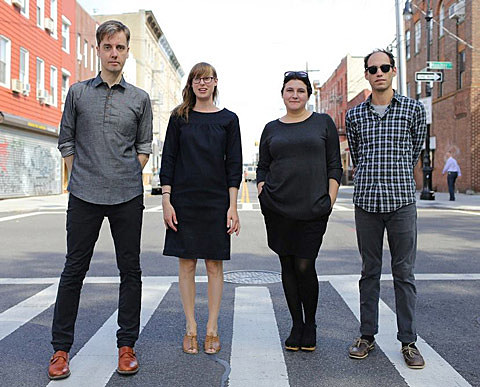 In between the two VT bands are Pale Lights, which features Phil Sutton of Comet Gain. They released their debut album, Before There Were Pictures, last month and it's quite good, the sort of lightly psychedelic janglepop that Postcard Records and Creation used to release. It's also not that too far off from what Comet Gain does, either. (Also, Phil sounds a little like Lloyd Cole.) You can stream the whole album below. In addition to the Cake Shop show, Pale Lights are also playing August 9 at Friends and Lovers in Crown Heights with the rest of the lineup TBA.

Hefner - The Hymn For The Cigarettes

Hefner - The Sweetness Lies Within

Hefner - I Took Her Love for Granted (NSFW)