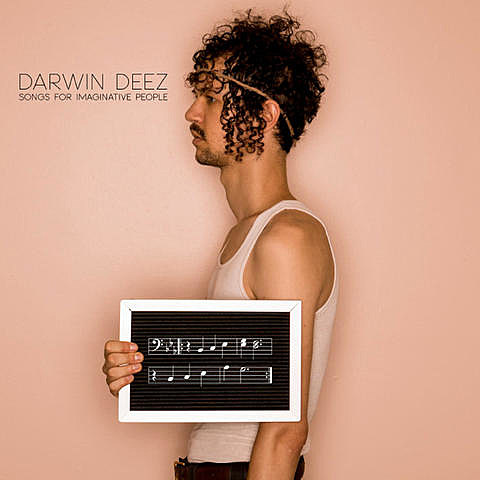 we made a new record. narrowly avoiding fiona apple timetables, this shit is DOne and it's REAdy and it's damn good. it's called Songs For Imaginative People. if you loved my last record, you will not love this new one right away but shortly after hating it you will really like it. that's just how it works with new records, ok? if you thought my last record was OK (or you never really heard it) then you can go straight to loving this one without detouring into hatred. either way, it's coming out Feb 11th/12th 2013.
for real. - [Darwin Deez]

The first single from Darwin Deez's new album is titled "Free (The Editorial Me)" and you can watch the video for it below. In addition to the new album, Deez is going on tour in support of its release, including an NYC stop at Bowery Ballroom on April 3. Tickets to the show go on sale Friday (12/7) at noon. All tour dates are listed below.

Darwin Deez - "Free (The Editorial Me)"