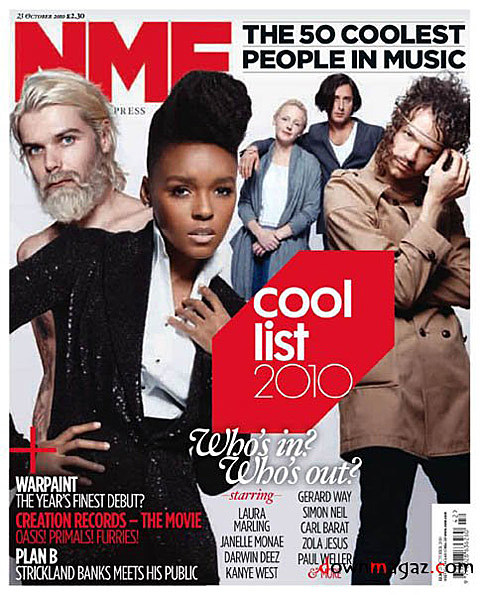 This will be a shorter column than usual (please hold your applause till the end) as I'm heading across the Canadian border to attend this year's M for Montreal festival where I'll be seeing the likes of The Dears, PS I Love You, Valleys and a bunch of bands who sing in French. (Also, Gene Simmons has been invited for some reason and will be filming his reality show while there.) It will also be about 20 degrees colder up there so, gentle readers, don't be too jealous of my international travels. There's plenty of cool stuff going on here.

Darwin Deez plays his last NYC show of 2010 at Mercury Lounge tonight (11/17) with Bell (who just played Glasslands the other night with Suuns), King Charles (a UK artist who just got done touring with Mumford & Sons - you might have caught him the past two nights at Terminal 5 - he also plays the Rock Shop on Thursday) and Friends. Darwin's had a good year... in the UK. He came in at #10 on NME's Cool List 2010 (in between Marcus Mumford and Carl Barat, for context) and was pictured on the cover of the issue (see above - the guy with the string on his forehead), and his self-titled debut came in at #56 on Rough Trade Shops' Best LPs of 2010 list.

Here in his home town (or home country), Darwin doesn't get much press or blog love. Mind you, his album hasn't even come out in the U.S. yet -- it's due February 2011, nearly a year after its UK release. (I also don't think his look is doing him any favors over here.) When it does hit these shores, it's definitely worth checking out -- a poppier, funkier take on Strokes-style indie rock that shows off impressive melodic and lyrical talent. It's an immediately likeable record and he deserves more attention than he's getting. Check out the Cosmos-inspired video to his single "Constellations" at the bottom of this post. 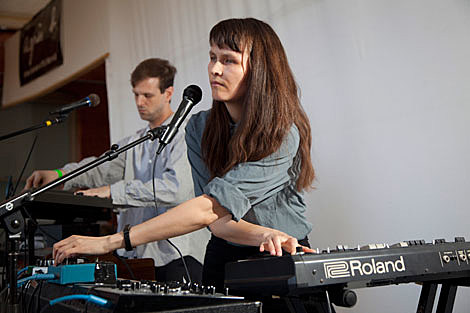 Tonight is also the seventh anniversary of the Wierd parties which started at Brooklyn's Southside Lounge and grew into a label specializing in minimal synth and darkwave. Wierd Records has released some great stuff this year, including debut albums from Automelodi and Frank (Just Frank). Their weekly party now happens at Home Sweet Home on Christie St. in the L.E.S. and for tonight's special occasion, in addition to great tunes and smoke machines they've got Xeno and Oaklander performing live. These two perform like the last three decades never happened, strictly analogue, with piles of vintage gear strung together with patch cables. Squint and you might think you'd been transported back to Sheffield, England circa 1979. 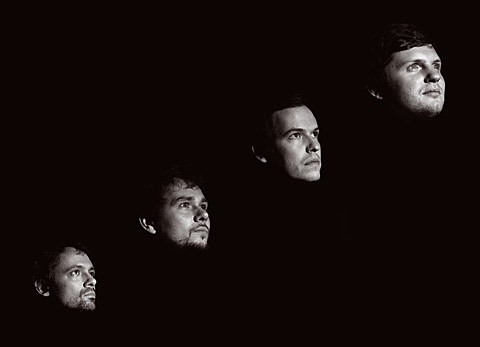 Detroit's Zoos of Berlin are taking a break from recording their second album to hit the East Coast for a couple of NYC dates this weekend. They play Friday (11/19) at Cake Shop and then a show at Spike Hill on Saturday (11/20). I've written about ZoB a bunch of times over the last year and always try and catch them when they're in town. There's no other band that sounds quite like them, a mix (as I've said before) of Berlin-era Bowie and Steely Dan.

If you haven't checked out their music yet, now's a perfect time as they've made both their eponymous EP and first album,"Taxis," available as free downloads from their Bandcamp page. And do go see them play if you can, they're tight and surprisingly funny given their regal sound. 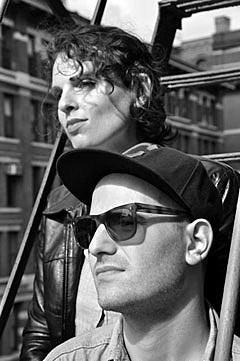 One of my favorite new bands of last year, Acrylics, have finally put the finishing touches on their debut album which will drop on January 25, 2010. It's ten songs of dusty, dreamy pop (Mirage-era Fleetwood Mac gets you in the right ballpark) that is above all else a showcase for the duo's enviable songwriting abilities. The sparkling arrangements and soaring harmonies are impressive too.

With the new album in the can, Acrylics are starting to play live again and have two shows this weekend. They play Friday night at Glasslands with Chicago's Light Pollution (who leave on tour with Delorean and Lemonade a day later), Blood Orange (Dev of Lightspeed Champion who opened for Glasser last night and who also plays a show at Union Pool tonight), and Unsolved Mysteries. Acrylics also play Cameo Gallery on Saturday (11/20) with their pals Amazing Baby , and two hard-to-Google bands I'm not familiar with: TEEN, and Psychic (at first I thought the band was Teen Psychic, but it's apparently two separate groups).

Acrylics, Amazing Baby, and, and Teen are also part of an upcoming John Lennon Tribute show taking place at Glasslands on December 8th along with Nicole Atkins, Beige, Eytan & The Embassy, Here We Go Magic, Psychic, The Rassle, The Royal Chains, and Miles Benjamin Anthony Robinson. 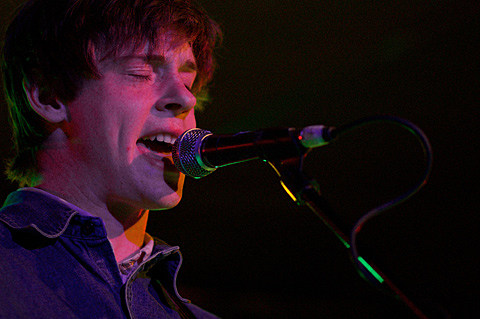 And I'll hopefully be back from Montreal in time Sunday night (11/21) to hit Glasslands for their killer bill of Weekend, Young Prisms, Minks and Big Troubles (maybe you caught them recently opening for Magic Kids), one of the more solid, well-curated line-ups I've seen in a long time. If you like any one of these bands, you'll probably like the rest. As I've said before, Weekend's debut album, Sports, is a superior slice of post-punk shoegaze that is both pummeling and beautiful. Weekend aren't reinventing the wheel, but the San Francisco trio are expert drivers. Two MP3s are at the top of this post.

Their tour-mates are fellow San Franciscans Young Prisms who practice similar hazy, loud sonics and will release their debut album on Kanine early next year. You can check out an MP3 from it at the top of this post. If you can't make this show, Weekend and Young Prisms will be back after Thanksgiving for a show at Cake Shop on November 27.

The rest of the Glasslands bill: Minks, whose debut album on Captured Tracks is one of my highly anticipated releases of 2011 as I've dug both their singles so far, as well as their live show.  And if you haven't heard Big Troubles' debut, which came out early this year on Olde English Spelling Bee, I recommend you remedy that, especially if you have a fondness for early-'90s shoegaze. Big Troubles know their stuff, have digested it all and come up with their own appealing version.

That's it for this week. Tour dates, videos, some others shows and flyers are below. 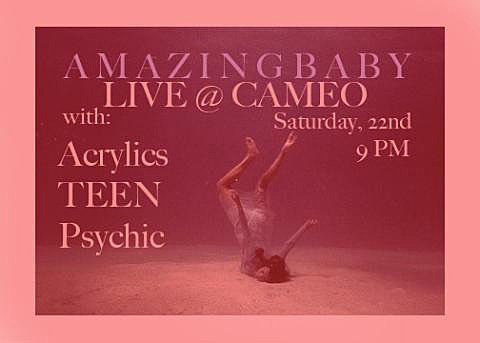 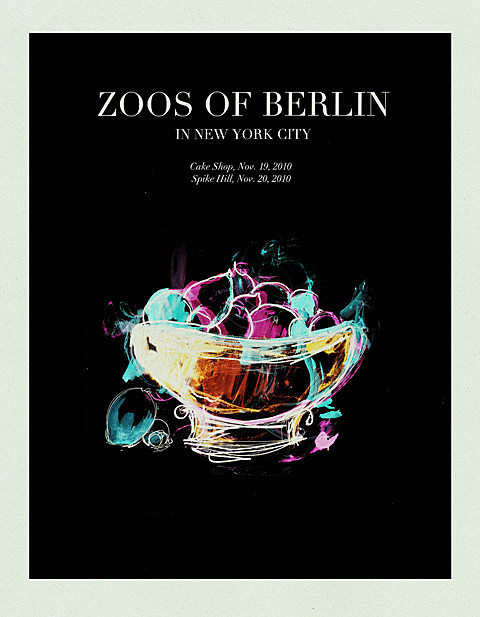