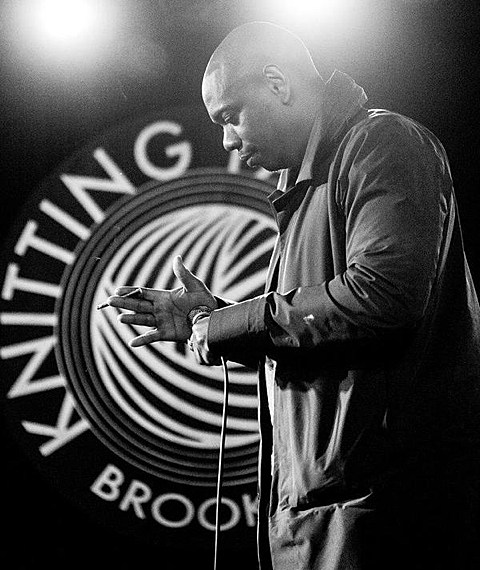 These shows are significantly smaller than his last multi-night NYC run which was at Radio City, though they're not as small as the surprise show he did at Knitting Factory on January 18. That Knit show was during what up until recently was Hannibal Buress's weekly free show at the Brooklyn venue. But as the NY Times points out in a big article today, Hannibal has evolved "From Cult Star to Showman." He is busy playing headline shows at BAM, touring and being a cast member on Comedy Central's Broad City, and so Knitting Factory comedy shows go on without him.

New regulars Will Miles, Clark Jones and Kenny DeForest keep Comedy Night at The Knit alive every Sunday though. Maybe Hannibal will be a special guest at his own old show one of these days too. You never know when Chappelle might pop in again either.