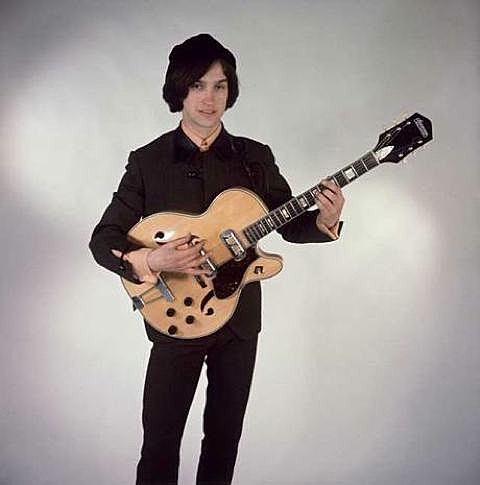 Dave Davies isn't as well known as his brother Ray, but in addition to being lead guitarist in The Kinks, he wrote and sang a number of their best songs, including "Death of a Clown," "Susannah's Still Alive," "I'm Not Like Everybody Else," and "Funny Face." He also slit-open the speaker in his amp to give the "You Really Got Me" riff its signature fuzzy sound, one of the first hits to do so. He's also led a very interesting life and his 1996 autobiography, Kink, is a real page-turner. You can also watch an edited version of Julien Temple's BBC documentary, Kinkdom Come, below.

A new album, I Will Be Me, and around that time Dave will be in America for a few tour dates backed by L.A. band Jigsaw Seen, including two three nights at NYC's City Winery on May 28 & 29. Tickets are on sale now.

UPDATE: They've just added a third show on May 27 and tickets will soon be on sale for that one too.

All tour dates are listed, along with a few videos of Dave's tunes with The Kinks, below.

The Kinks - "Death of a Clown"