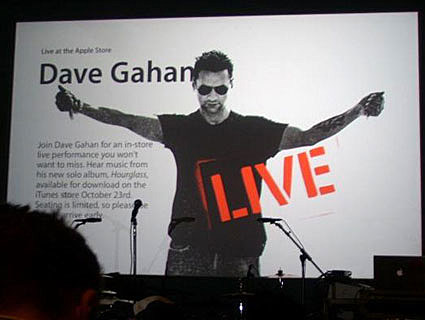 Depeche Mode's Dave Gahan played a short solo set at the SoHo Apple store in NYC on Tuesday (Oct 23). Not surprisingly, it was being recorded for an iTunes exclusive digital release. People started lining up Monday night to get in, and about 85 of them did. My expectations were low - I mean it's an Apple store, but when Gahan and his band finally came out, it was flooring. Gahan's solo record Hourglass was released the same day (stream it at AOL), and all the material he played was pulled from that. The sound was great, and Gahan put just as much energy into it as any arena show - it even looked like he was having fun despite the semi-awkward lighting.

I love the new record, and it comes across great live - with "Saw Something", the Superpitcher- esque "Endless", and the screaming "Deeper + Deeper" being personal highlights. Fingers crossed for a real tour.

More pics, and the setlist, below... 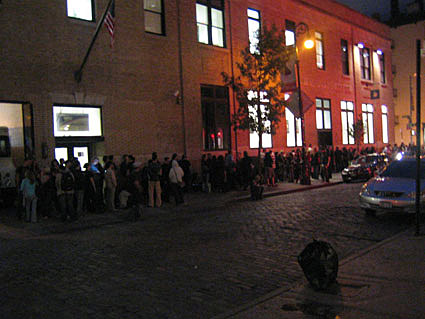 SET LIST:
Saw Something
Kingdom
Deeper And Deeper
Use You
Endless
A Little Lie
Encore:
Miracles 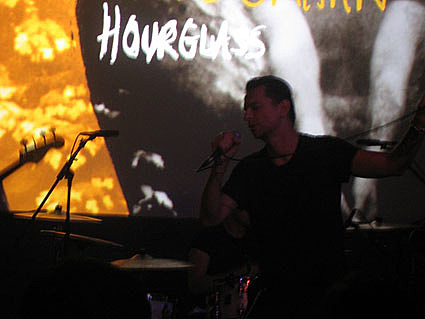