I just want to thank "writer, performer, musican", illusionist, stripper, contortionist Dave Hill again for being an awesome host at the first two BrooklynVegan CMJish day shows last week. Check out an interview he did for Gothamist on Monday. 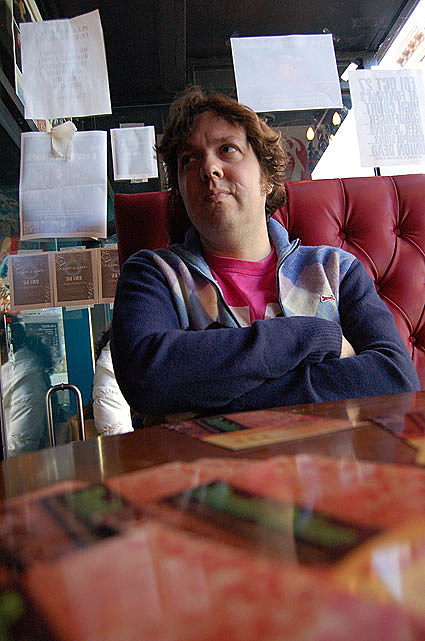 It's hard to have to speak, let alone do comedy, at a rock show, and (strangely) Dave handled it like a pro. He was even graceful when bands like Forward Russia! and CSS failed to acknowledge his announced presence at the foot of the stage - they began their sets before he could say anything (not their fault really).

I was always running around, so I didn't catch all of his bits over the course of the two days, but I was luckily there Friday for the hilarious exchange he had with Edmonton rapper and Canada's fifth hottest band Cadence Weapon downstairs at Fontana's. Stereogum heard it too. 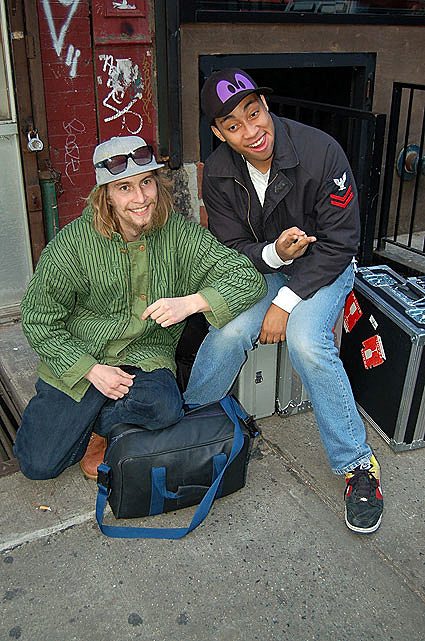 Cadence Weapon played at Fontana's before Oxford Collapse who played before the Thermals. I took the above picture after he played, and after Dave Hill was done abusing him, and before he and his DJ took off to soundcheck for their gig later that night at Mercury Lounge.