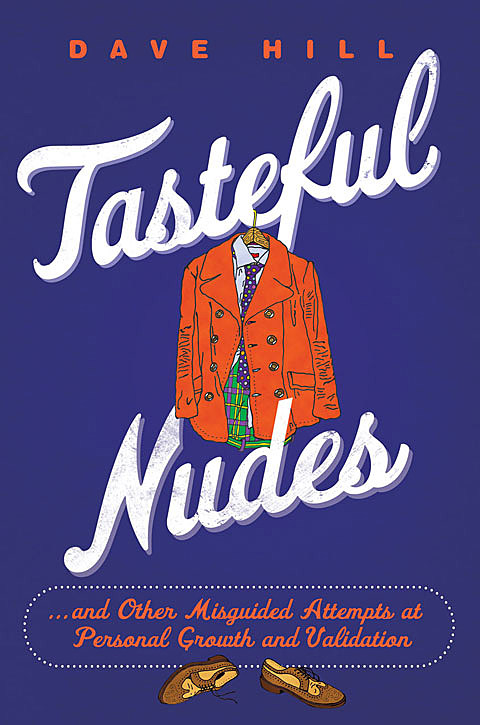 Dear ridiculously attractive person who just so happens to be looking at this webpage about Tasteful Nudes right now,

Hi. My name is Dave and this is my very first collection of essays. As you can probably imagine, it pretty much has everything. In fact, if you like stories about stolen meat, animal attacks, young love, death, naked people, clergymen, rock-n-roll, irritable Canadians, and prison, you have just hit a street called Easy because my book talks about all that stuff and a bunch of other stuff too.

Getting back to that prison thing for a second though, I can think of almost no place better to read my book than from within the confines of a correctional facility. For starters, you will definitely have the time. Also, cozying up with a good book in front of your fellow inmates is a great way to show them a softer side that for some reason no one ever wants to hear about in the yard.

Fear not though, non-convicts: my book makes for a solid read outside of prison too. At the beach, on the subway, while whitewater rafting, during couples counseling, under local anesthesia--I have personally seen to it that my book is totally readable in all these scenarios as well as most other scenarios out there today. It will make you laugh, cry, and maybe even think so much that it will make you forget all your problems while simultaneously creating a few new ones. In limited instances, it has been known to cause severe dehydration and the occasional groin pull, but honestly I don't know what that's about. That said, it's probably not a bad idea to keep a glass of water handy and really stretch things out before strapping yourself in for a literary thrill ride you will want to experience again and again until you are either dead or your eyesight fails completely, whichever comes first. In fact, if I end up being wrong about any of this stuff, you can kick me right in the privates. Also, I will send you a nice ham (serves twenty). In short, you really can't lose on this one.

Tasteful Nudes:...and Other Misguided Attempts at Personal Growth and Validation, is out May 22, 2012 via St. Martin's Press. You can pre-order the book at Amazon