Dave and his new pal, Lucy (via @mrdavehill) 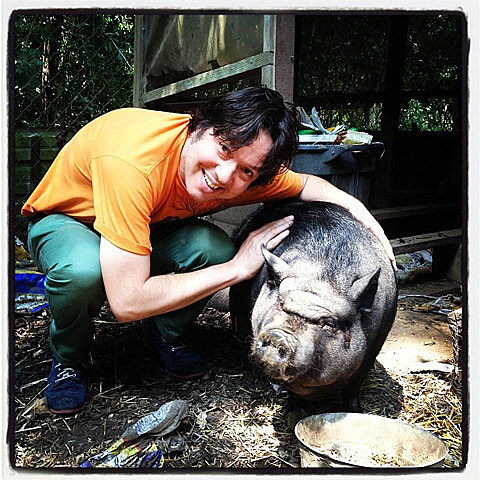 Everyone's favorite comedian / musician / actor / Amazon.com employee / BV contributor Dave Hill is returning to his old stomping grounds on Union Hall on September 3 for a new show. This is not just any show, however - Dave is recording for his new album, to be released on independent stand up label A Special Thing Records. Larry Murphy and Greg Barris will perform as well and tickets are on sale.

In other news, fellow friend-to-BV, Chris Gethard was supposed to perform at Highline Ballroom on July 25 but was rescheduled for October 20. The show is billed as "Chris Gethard and Friends" and while those "friends" haven't been announced yet, tickets are on sale now.

Watch video of Dave performing at Union Hall below...