photo by Dale May 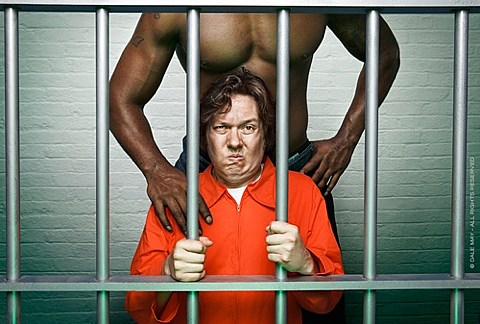 You are probably familiar with Dave Hill by now. He's the brains behind the book Tasteful Nudes, which was released earlier this year, he performs locally in NYC a good deal, was one of BV's own Klaus Kinski's favorite local comedians this year, and he reviewed Morrissey's Radio City show for us. Oh yeah, and maybe you read his review of Def Leppard, Poison, and Lita Ford?

Dave just gave us his list of his top ten favorite things of 2012. It includes some shows he saw (like the Def Leppard one), a show he didn't see, and his own book. The whole thing (plus commentary) is a pretty great read, and it's below for your viewing pleasure... 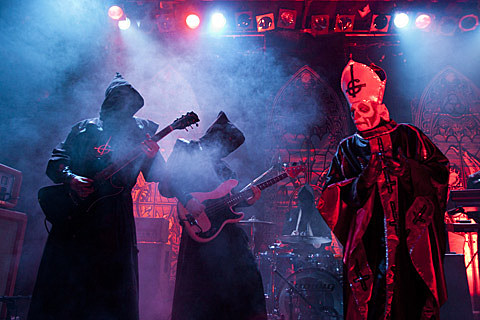 In case you don't already know this stuff, Ghost are from Sweden and play totally sweet hard rock that sounds kind of like Mercyful Fate, Blue Oyster Cult, and then Blondie or something all mixed together and played in honor of Satan, the dark architect, which is great for me. That would have been enough already, but then on top of all that, their singer dresses like a satanic pope and the rest the band wear monk robes, which really puts things over the top. When I found out Ghost was playing Bowery, I had a major, major boner, the biggest probably. No one could believe it. I totally went to the show and it was awesome. I even bought a T-shirt. I wear it around my neighborhood and you can tell everybody is just like "Man, that guy fucking rules." When Ghost comes to town again, I will go see them and stand right up front and rock super, super hard and then probably hang with the band after. I don't even know.

I love ice cream and I live in the West Village, so when I found out Big Gay Ice Cream was opening a shop in the West Village, I thought "Oh, cool." Also, their ice cream is the best and no animals are shot in the face when they make it, something I can really get behind. I am currently hard at work creating a King Diamond-themed ice cream cake with the Big Gay Ice Cream people, which is to say I mentioned it to them once and they said they'd think about it. If this actually happens, my work here will be done.

I have already said everything that needs to be said about this momentous night right here. In short, if you like Dep Leppard, this show was incredible basically. They played "Photograph" and, fuck, don't even get me started. Armageddon it.

4. David Rakoff at This American Life's "The Invisible Made Visible" live show

It's hard to pick my favorite thing David ever did, but this, one of his last public appearances before his death this past August, might be it. Like most of his work, it's at once hilarious, poignant, heartbreaking, and- ultimately- crushing.

5. Dinosaur Jr. at Terminal 5 playing "You're Living All Over Me"

In the interest of full disclosure, I didn't actually attend this concert (I had already agreed to do a benefit in New Jersey, something I bring up by way of explanation and also to the point out that, despite being an agent of Satan, I am not above the occasional good deed as long as there are free drinks and I have a ride), but as best I can tell I really would have loved it. Dinosaur Jr. is one of my favorite bands and You're Living All Over Me is my favorite record by them. Also, they were joined on stage that night by a bunch of my favorite musicians (Johnny Marr, Frank Black, Tommy Stinson, John Petkovic etc.), which makes it even better. It should also be noted that J. Mascis and Lou Barlow, as well as everyone else joining the band that night wear their guitars at a completely reasonable level, unlike so many of the young indie rockers of today who for some reason wear their guitars really high in a manner which suggests they don't know how to fuck or something. Take note, kids.

6. Chris Elliott: The Guy Under the Sheets: The Unauthorized Autobiography

Chris Elliott's latest book is so funny I basically pissed and shit all over the place when I read it cuz I was laughing so much. It was nuts.

I figure since this is a music-oriented site and all, it might be okay to include some gear on my list. But I will combine a couple things into one slot to keep things under control. Anyway, I like to shred on guitar and have a lot of axes. My friend Tim told me about LSL guitars so one day I just went out and bought the fuck out of one. I got it in light blue and it goes with most of my outfits. Also, I can play "Eruption" by Van Halen. In short, it's pretty much handjob city over here.

I also like Wright Sounds guitar pedals, made by sweet guitar dude Matt Wright in his Portland dungeon. I have the Fuzz-Stang and the K-Tone Fuzz and a lot of chicks want to bang me now.

One of the nice things about being asked to write lists like this is the fact that I can use it for shamelessly self-promotional purposes like telling you to buy my book Tasteful Nudes, which came out in May of 2012. I'm told it's good. Okay, let's move on to #9.

I can barely float, but I still loved this book. It's so beautifully written, I actually hated it at times. There are awesome drawings in it, too. Get it.