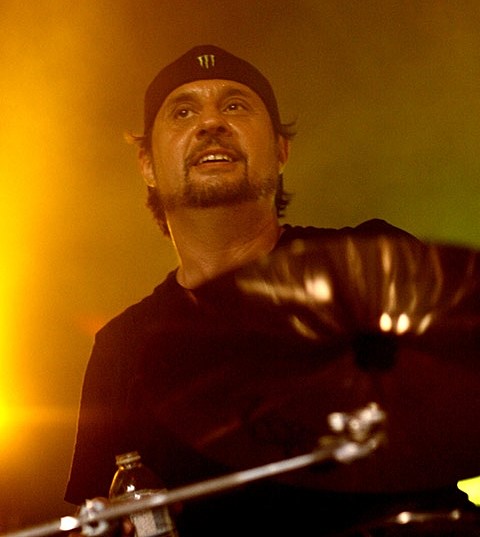 Slayer is now not the only band the great drummer Dave Lombardo recently became a former member of. He also now quit the experimental band Philm that he was playing in. On a new episode off Dean Delray's Let There Be Talk show (also featuring Bill Burr), Lombardo said:

I'm not gonna talk about it. They didn't want me to promote the band while I was with them, and I'm certainly not gonna do it when I'm without them... I don't wanna talk about it anymore. Yeah, so I just said, "See ya!"... They said "Don't play hard. We want you to play a little softer." I said, "Nope."

He shouldn't have to worry about being told to play softer in his new punk band Dead Cross with The Locust/Retox's Justin Pearson. Hopefully we hear something from those guys soon.

UPDATE: He didn't quit Philm, he broke up the band. He writes:

To be clear: I did not "exit" PHILM, I ENDED PHILM. Thank you to all who supported that band. Now, I'm off to the studio to do what I love.. play the fuckin' drums.

So good news on Dead Cross!