photo: Philm at Slaughter by the Water 2012 (more by Taylor Keahey) 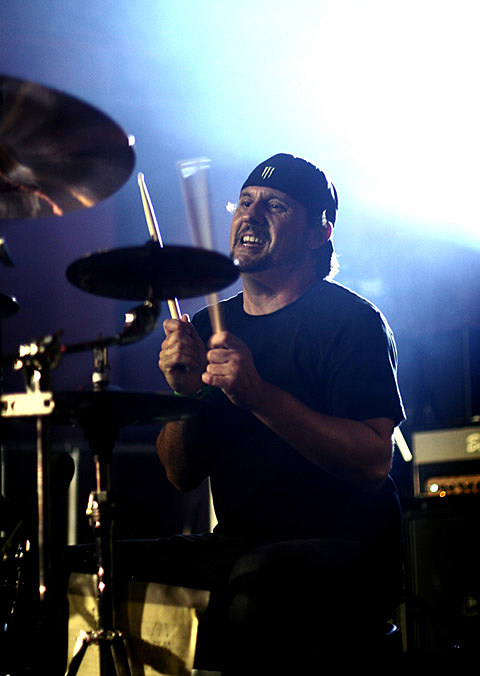 While Dave Lombardo left Slayer again in 2013, he's remained active with other projects. One of those is his band Philm, who released their sophomore album, Fire From the Evening Sun, last year. Philm have a couple dates announced at the moment, including a Brooklyn show happening February 23 at Saint Vitus with Gozu and Long Day Gone. Tickets for that show are on sale now. No word yet if these dates are part of a larger tour, but stay tuned. Full upcoming show schedule below.

Meanwhile, Slayer without Dave Lombardo were announced this week for Bonnaroo, where they'll join mostly non-metal bands (besides Pallbearer and Between the Buried & Me) like Kendrick Lamar, My Morning Jacket and Belle & Sebastian. Their only two other dates scheduled at the moment are also festivals: Florida's Welcome to Rockville Festival with Ministry, Slash, Suicidal Tenencies, Testament, Exodus, and more; and North Carolina's Carolina Rebellion with Cheap Trick, Slash, Suicidal Tendencies, Testament, Exodus and more.

Between the Philm show and Scott Ian's band Motor Sister playing Saint Vitus on 2/12, there will be no lack of '80s thrash vets at the Brooklyn venue this February. Philm dates, a song stream from their 2014 album, and a recent video interview that Dave Lombardo gave, below...